The Gandhis tweeted with hashtag Speak up for Women’s safety 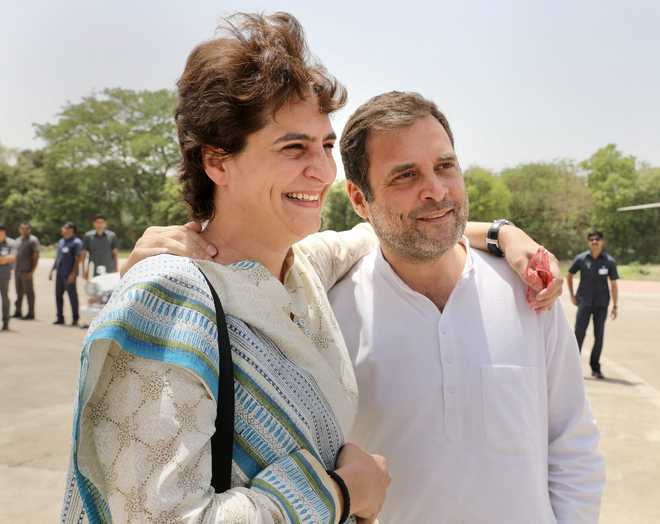 Congress leaders Rahul Gandhi and Priyanka Vadra on Monday appealed for people’s support for justice in the Hathras case terming the Uttar Pradesh government’s conduct in the matter “insensitive” and “inhuman”.

While Vadra said women in India would now have to take responsibility for their safety, Rahul said, “The UP government’s attitude in the Hathras incident is inhuman and unethical. The state is busy helping criminals rather than the family of the victim. Come, let us raise our voice against the injustice being done to women across the country. Let’s take one step towards change.”

The Gandhis tweeted with hashtag Speak up for Women’s safety.

Vadra earlier said, “Crimes against women are rising. Instead of heeding the voice of victims the government is defaming the victims and levelling allegations against them. This is the most cowardly act. But the country’s women will not remain silent anymore. If one sister is victimised, others will stand in solidarity with her. We are taking responsibility for our own safety.”

Rahul recalled his visit to Hathras saying he was first stopped from going to Hathras and he went in the second attempt. “I don’t understand why am I being stopped from meeting the family? Why am I not being allowed to meet the family? Their daughter was killed, raped. Why am I being stopped? When I reached the house, spoke to them, the state started attacking the family and helping the accused. It is not the government’s job to help the perpetrators.”

Gandhi said the government’s job is to save the victims, deliver justice to them, and send the criminals to jail.