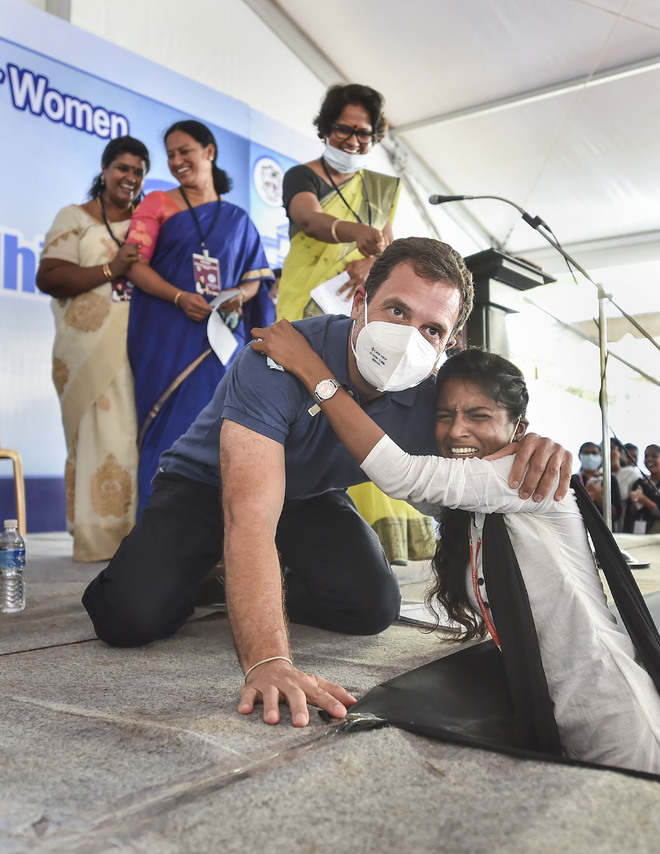 Congress leader Rahul Gandhi with a student at Bharathidasan Government College for Women in Puducherry on Wednesday. PTI

Attacking PM Narendra Modi, Congress leader Rahul Gandhi on Wednesday alleged none could get justice from the judicial system in the country without being terrified of the consequences.

Addressing his first public meeting for elections to the Puducherry Assembly likely in April, he alleged, “Today, an Indian person cannot get justice from the judicial system without being terrified of what will be done to him.”

While journalists feared for their lives, Bills were passed in Parliament without any discussion and elected leaders like him were not allowed to speak in the Lok Sabha because, “one man thinks he is not the Prime Minister but he is the king of the country,” he said.

Gandhi accused Modi of not allowing the Congress government in the union territory to function for the last nearly five years. — PTI