Grand old party hopes to cast-off the burden of a weak, faceless organisation in a state where it is fighting some tough segments 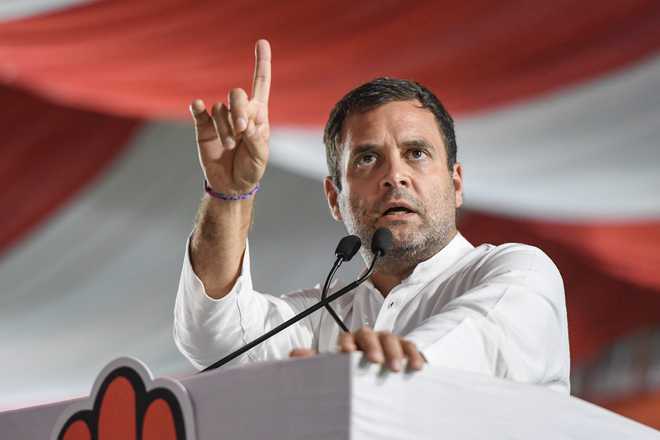 When Congress leader Rahul Gandhi kick starts his Bihar election campaign from Hisua in Nawada on Friday, he would be aware of the grand old party’s legacy of loss in the eastern state.

For three decades now, the Congress has been out of power in Bihar, undermined by the rise of regional players like RJD’s Lalu Prasad Yadav, JDU’s Nitish Kumar and LJP’s Ram Vilas Paswan.

Congress’ golden era in Bihar ended after it won a full majority on its own in the 1980 state elections riding on the popularity of late Indira Gandhi at the time.

That magic was never repeated and the downhill slide of the party became acute in the post-1990 era of Mandal politics.

No wonder Rahul Gandhi would be addressing a joint rally on Friday with RJD’s star campaigner Tejaswi Yadav, whose public meetings have witnessed electric crowds – a sight neither political allies nor political adversaries have managed to ignore.

“We are together in the grand alliance and it is natural for allies to show unity,” said a Congress leader explaining the reason behind a combined Rahul-Tejaswi rally even though the rally is Rahul’s first in the Bihar poll season.

The Congress for its part is banking on the charisma of Tejaswi, who is drawing hordes of youngsters to his rallies, and must carry the burden of a weak and faceless organisation in this poll apart from the offering of tough constituencies in alliance arrangements with the RJD.

Of the 70 seats in its kitty, the Congress is contesting in six that it did not win even in 1980, at the height of its political appeal in Bihar. Analysts say 32 seats are such that the party has not bagged in the last three decades.

To compound Congress’ woes, it has had to trade off seats it won last time when it bagged 27 of the 41 seats contested in the grand alliance with Nitish Kumar in 2015.

Party sources add that many of the Congress candidates have also had to settle with seats that were not their first preference seats.

As the grand old party piggy rides RJD yet again, it remains to be seen what political stock it musters going forward.