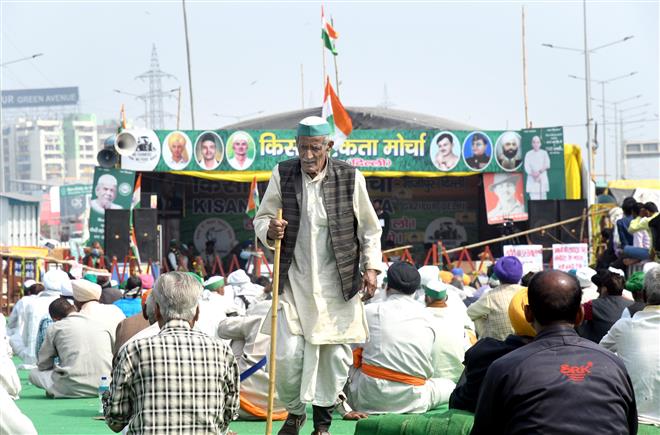 On the call of the Sanyukt Kisan Morcha (SKM), farmers protesting against the three farm laws are gearing up for tomorrow’s “rail roko” protest.

On the call of the Sanyukt Kisan Morcha (SKM), farmers protesting against the three farm laws are gearing up for tomorrow’s “rail roko” protest.

Even as the farm unions have called for a peaceful protest, security forces have been put on alert to avoid any untoward incident.

In a video, BKU (Charuni) chief Gurnam Singh Charuni asked the farmers to assemble at designated spots in their respective districts and make the protest a success.

“As decided by the SKM, trains will be stopped from 12 pm to 4 pm on February 18. I appeal to all farmers to fix one point in their districts and assemble at that spot. We have to ensure that the protest is held in a peaceful manner,” Charuni said.

Ghazipur: Maninder Singh, who was allegedly seen swinging swords at the Red Fort during the violence on Republic Day, has been arrested. TNS

Additional Divisional Railway Manager (Operations), Ambala division, Pankaj Gupta said: “We have been apprised of the locations where the farmers will block the tracks. We have made arrangements accordingly.”

The Northern Railway has stressed that no train has been cancelled or diverted in the region. The Railways has deployed 20 additional companies of the Railway Protection Special Force across the country.