Set tough conditions for Sonia Gandhi, want Gehlot to have complete say in power transition in the state 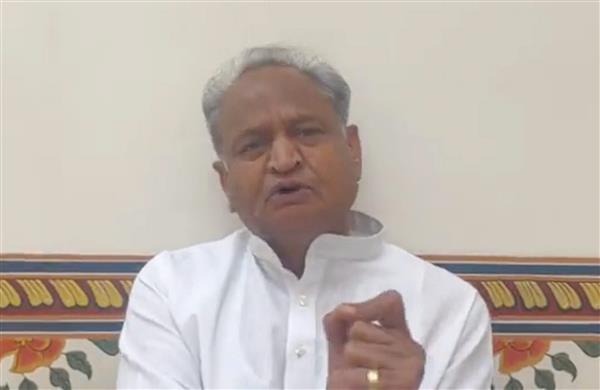 As Congress stares at a crisis in Rajasthan with 92 of its MLAs offering to quit in support of Ashok Gehlot, AICC observer Ajay Maken on Monday said the chief minister's loyalists want decision on state government leadership to be deferred until after October 19 when results of the impending party presidential election would be out.

Gehlot is expected to file his nomination for the party chief's post any day now.

Ajay Maken was sent for Congress legislature meeting which was to happen in Jaipur on Sunday but had to be cancelled as most MLAs stayed away. He said on Monday that a parallel MLA meeting (as called at the residence of state parliamentary affairs minister Shanti Dhariwal on Sunday) was a matter of indiscipline.

Maken also said that three MLAs met him and another observer Mallikarjun Kharge, on the behalf of Gehlot loyalists, and set three conditions for resolution of the crisis that is gripping the state government.

"Shanti Dhariwal, Pratap Singh Kachariwas and Mahesh Joshi met us. They set three conditions. One, they said the MLAs were fine with a one-line resolution being passed authorising the Congress president to take a decision on Rajasthan but the resolution should also state that any such decision should happen only after October 19, the day the results of party chief's election contest is to be announced. We said there can be no greater conflict of interest than this because the CM is literally empowering himself to take the Rajasthan decision (since he is likely to win the party chief's poll).

“Two, they said they will meet the observers in groups and not one-on-one to which we mentioned that the Congress has a convention of one-to-one engagement.

“Three, they said CM Gehlot's replacement, if any, should be from among 102 MLAs who backed the Congress government in 2021 when Sachin Pilot rebelled. We will submit our report to the Congress president and she will take a call," Maken said as the Congress high command gears to walk a very fine line amid Gehlot asserting himself even before being elected as party chief.

With pro Gehlot MLAs clearly signalling to the Congress top brass that they will not accept a CM foisted by the leadership, it remains to be seen how Sonia Gandhi tackles the massive crisis that comes on the eve of party chief's election.

Any decision against the wishes of majority MLAs could endanger the Congress government in Rajasthan. Acquiescing to MLA demands, on the other hand, would testify to a weakened Congress high command.

Sonia Gandhi, as of now, is between the devil and the deep sea, with party veteran Margaret Alva tweeting, "Senior leaders should take a cue from Rahul Gandhi and self sacrifice in party's interest."

Gehlot for his part is not willing to let bete noire Sachin Pilot, a potential replacement, come in at any cost. And the 92 MLAs are rallying with Gehlot in the power game with the high command, which is unprecedented in recent Congress history.