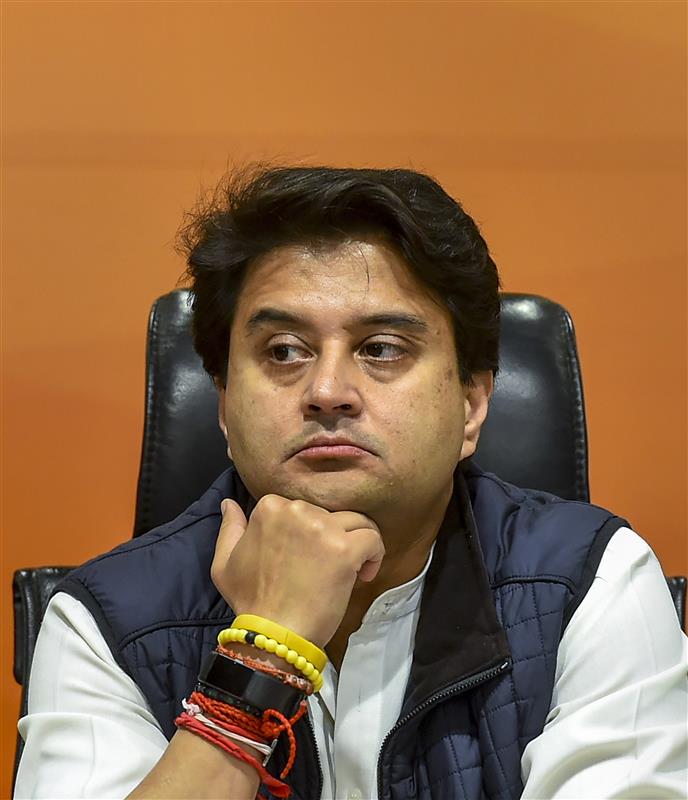 Reacting to what appears to be a replay of the Madhya Pradesh political drama, BJP leader Jyotiraditya Scindia on Sunday expressed sadness/ regret over his “erstwhile colleague” in Congress, Rajasthan Deputy Chief Minister Sachin Pilot, being “sidelined and persecuted” by Rajasthan Chief Minister Ashok Gehlot.

“Sad to see my erstwhile colleague, @SachinPilot too, being sidelined and persecuted by Rajasthan CM, @ashokgehlot51. Shows that talent and capability find little credence in the @INCIndia,” said Scindia, leading to speculations whether Pilot was also headed his way into the BJP.

Scindia left the Congress---a party he and before that, his father, had long been associated with---for the BJP in March this year because of increasing rifts with senior Congress leader  and then chief minister Kamal Nath.

Scindia’s departure led to a collapse of the Madhya Pradesh government.

A power struggle between Rajasthan Chief Minister Ashok Gehlot and his deputy Sachin Pilot, which has been on since the Congress' central leadership picked the senior leader for the chief minister's post, appears to have deepened with those in Pilot's camp claiming that there have been repeated attempts to undermine his authority.

The latest flashpoint between the two is a notice issued to Pilot by the Rajasthan police's Special Operation Group in a case related to alleged attempts to bribe Congress MLAs to switch sides in the Rajya Sabha polls.

Gehlot, however, has repeatedly pointed out that a similar notice has been sent to him, the government's chief whip as well as some ministers.

Pilot, along with some Congress MLAs, is currently camping in the national capital and is seeking a meeting with top Congress leadership.

The SOG on Friday registered an FIR against two people who have been arrested after their call intercepts allegedly indicated involvement in horse-trading of Congress MLAs.

Gehlot had on Saturday accused the opposition BJP of trying to topple his government by offering his legislators large sums of money and said his administration is not just stable but will complete its five-year term.

The BJP had asked Gehlot to prove his allegation of horse-trading levelled against it or quit politics, and claimed he was targeting the opposition party as he was unable to check the infighting in the state Congress.

The opposition party alleged that the whole controversy has been "cooked up" by the chief minister to defame Pilot.

Notably soon after reports of arrival of Deputy Chief Minister of Rajasthan Sachin Pilot in Delhi, the social media was buzzing with posts suggesting that he will join the BJP very soon like Scindia.

The BJP, which has not said anything officially on the issue so far, is watching the situation closely. Sources say its leaders are in contact with Pilot. With some MLAs already lodged in Haryana, the Rajasthan political situation is becoming more predictable, say political observers.

----With inputs from PTI