Rajasthan imbroglio: BJP plays ‘wait and watch’ in what appears to be a ‘win-win situation' either way

Unlike MP, the gap between Congress and BJP is bigger in Rajasthan 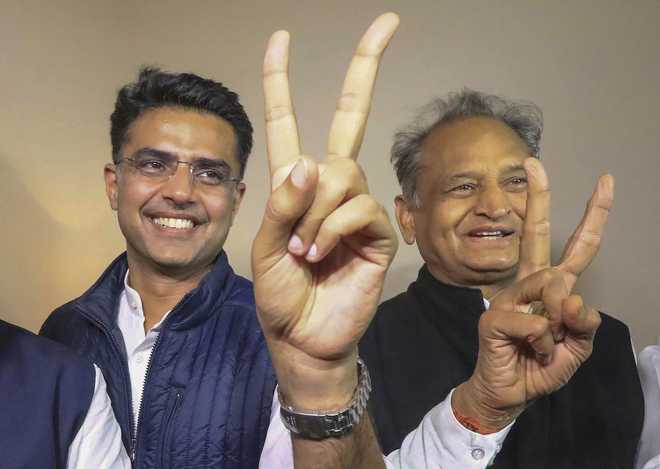 While the Congress battles to keep its house in order in Rajasthan, the BJP which tackled a similar situation in Madhya Pradesh in March and earlier in Karnataka is keeping a close watch.

Though it would like nothing better than to displace the Congress government in Jaipur, sources say the saffron party is closely watching as a “seasoned politician”, Chief Minister Ashok Gehlot, and his young challenger, Deputy CM Sachin Pilot, play out their moves.

While their claims of “having no hand” in the Rajasthan imbroglio appear far-fetched amid reports of Pilot “being in touch” with Union ministers, senior leaders say in either case (whether Gehlot manages to save his government or not) “it will be a win-win situation” for the saffron party.

The acrimony between the factions in Rajasthan Congress is not expected to be over soon, they say.

Like Jyotiraditya Scindia in Madhya Pradesh, the BJP would like to have Pilot on board in Rajasthan but his benefits will depend on how the current impasse ends. “One thing is for sure, only if Pilot has sufficient numbers to ensure the fall of the Gehlot government or have his say (in Congress) he will be in any position to bargain in future. His political career depends upon the result of current situation,” say political observers.

Meanwhile, the BJP is playing wait and watch. On whether or not Pilot will join them, BJP leaders are concentrating on berating the Congress on its “internal mess”.

Scindia, who yesterday took a swipe at his old party and expressed “sadness” over the way his “erstwhile colleague” (Pilot) was being “sidelined and persecuted” by Gehlot appears to the BJP’s lead baiter. “Shows that talent and capability find little credence in the Congress,” added Scindia whose exit from the grand old party in March resulted in the fall of the Kamal Nath government and return of the BJP in Madhya Pradesh.

Unlike Madhya Pradesh the gap between the Congress and the BJP is bigger in Rajasthan.

The saffron party has 72 members in the 200-member Assembly.