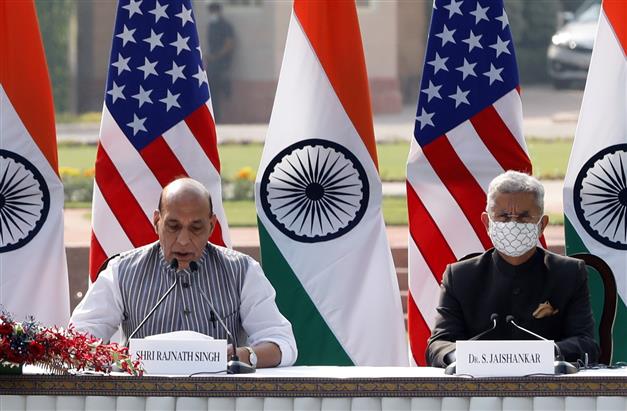 Defence Minister Rajnath Singh and External Affairs Minister S Jaishankar will travel to Japan this week to attend the next edition of '2+2' dialogue with their Japanese counterparts, the Ministry of External Affairs (MEA) announced on Tuesday.

It said the two sides would further explore new initiatives to strengthen the bilateral partnership.

"Defence Minister Rajnath Singh and External Affairs Minister S Jaishankar will pay an official visit to Japan for the second India-Japan 2+2 Ministerial Meeting from September 7-10," the MEA said in a statement.

The MEA said the India-Japan special strategic and global partnership is based on shared values of democracy, freedom and respect for rule of law.

Singh began a visit to Mongolia on Monday and he will travel to Japan after concluding his three-day trip to the East Asian country.

At the summit in New Delhi, Kishida announced an investment target of five trillion yen (Rs 3.2 lakh crore) in India over the next five years.

In the 2+2 dialogue, the two sides are expected to deliberate on ways to further expand bilateral cooperation in the areas of defence and security besides taking stock of the developments in the Indo-Pacific.