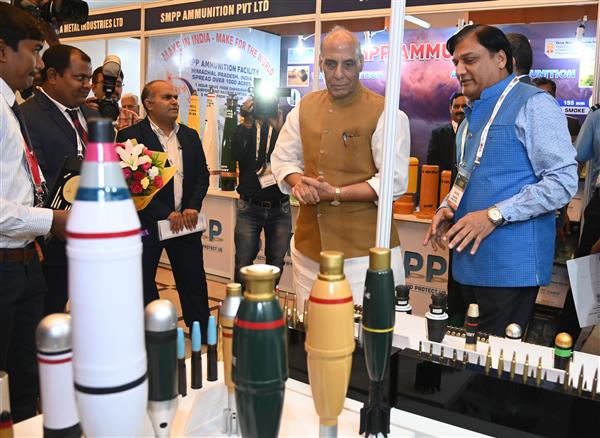 Defence Minister Rajnath Singh has called for innovation in the field of ammunition for the creation of a strong and self-reliant base that keeps the armed forces fully prepared to deal with future challenges.

He was addressing the inaugural session of the second conference on “Military ammunition”. The minister described advanced ammunition as the reality of the new age warfare, which is a must for India, given its regional and global imperatives and security challenges.

“Scientific and technological development of a nation is reflected in the capacity of its weapons and ammunition. For India to become a world power and one of the leading countries in defence production, we must move forward in the indigenous design, development and production of ammunition,” said Rajnath Singh. Precision guided ammunition will play a major role in future warfare, said the minister. He also recollected the impact of precision guided ammunition at Muntho Dhalo in India’s victory in the 1999 Kargil war.