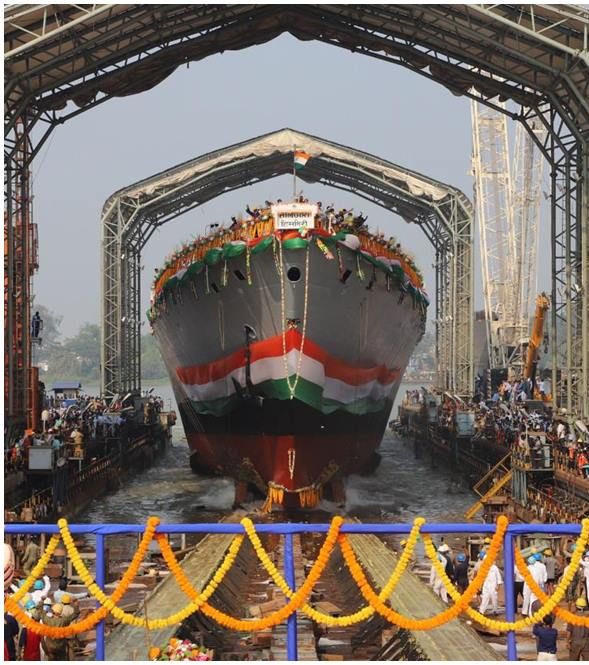 'Dunagiri' is a follow-up of the P17 Shivalik-class frigate. file

Christened after a mountain range in Uttarakhand, ‘Dunagiri’ is the fourth ship of P17A stealth frigates. A follow-up of the P17 Shivalik-class frigate, Dunagiri has improved stealth features, advanced weapons sensors and platform management systems. ‘Dunagiri’ is the reincarnation of the erstwhile ‘Dunagiri’, the Leander-class anti-submarine warfare frigate which was in service for 33 years from 1977 to 2010.

The first two ships of P17A Project were launched in 2019 and 2020. The third ship (Udaygiri) was launched at Mazagon Dock Shipbuilders on May 17 earlier this year. The launch of the fourth ship within such a short span is a testimony to the impetus provided towards self-reliant shipbuilding with a focused approach. P17A ships have been designed in-house by Indian Navy’s Directorate of Naval Design.