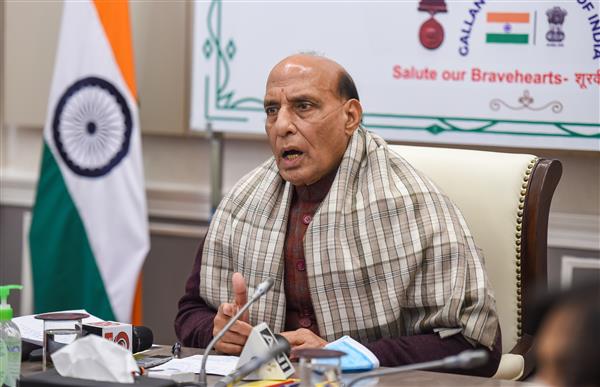 Defence Minister Rajnath Singh on Wednesday spoke to new US Defence Secretary Lloyd Austin and exchanged views on regional and global issues of mutual interest, in the first high-level engagement between the two sides after Joe Biden was sworn in as the 46th President of the US last week.

Singh said the firm commitment to deepen India-US defence cooperation was reiterated during the talks.

“Spoke with my US counterpart, Secretary Def Austin and conveyed my warm wishes on his appointment,” Singh tweeted.

“We reiterated our firm commitment to deepen India-US defence cooperation. We exchanged views on regional and global issues of mutual interest to strengthen our strategic partnership,” he further said.

It is not immediately known whether the eastern Ladakh standoff between India and China figured in the talks.

The Indo-US defence ties have been on an upswing in the last few years and in June 2016, the US had designated India a “Major Defence Partner”.

The two countries have also inked key defence and security pacts over the past few years, including the Logistics Exchange Memorandum of Agreement (LEMOA) in 2016 that allows their militaries use each other’s bases for repair and replenishment of supplies as well as provides for deeper cooperation.

The two sides have also signed COMCASA (Communications Compatibility and Security Agreement) in 2018 that provides for interoperability between the two militaries and provides for sale of high end technology from the US to India.

In October last year, India and the US sealed the BECA (Basic Exchange and Cooperation Agreement) agreement to further boost bilateral defence ties. The pact provides for sharing of high-end military technology, logistics and geospatial maps between the two countries. PTI