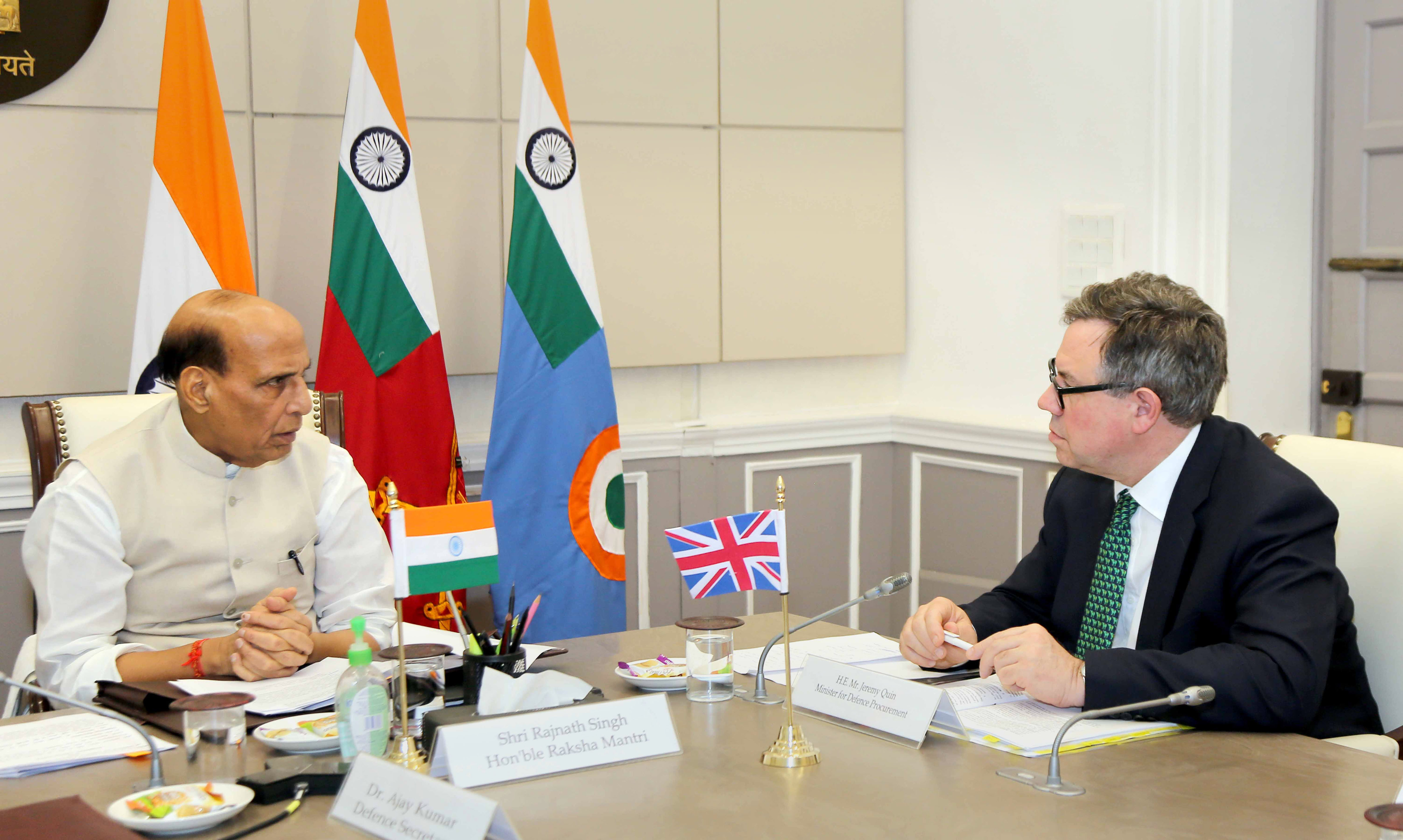 “Had a wonderful meeting with the UK Minister of Defence Procurement, Mr Jeremy Quin. We discussed the opportunities available in areas pertaining to aviation, ship building and other defence industrial programmes for both the countries,” Rajnath tweeted.

The talks between Rajnath and Quin took place days after Prime Minister Narendra Modi and his British counterpart Boris Johnson agreed on a new and expanded India-UK defence partnership.

During his visit to India last week, Johnson announced that the UK was creating an Open General Export Licence (OGEL) for India to “reduce bureaucracy and slashing delivery times” for defence procurement and that London will help New Delhi in the co-development of military hardware, including indigenous production of fighter jets.