Due to COVID-19 protocols, Singh's last rites were performed in the presence of a limited number of people 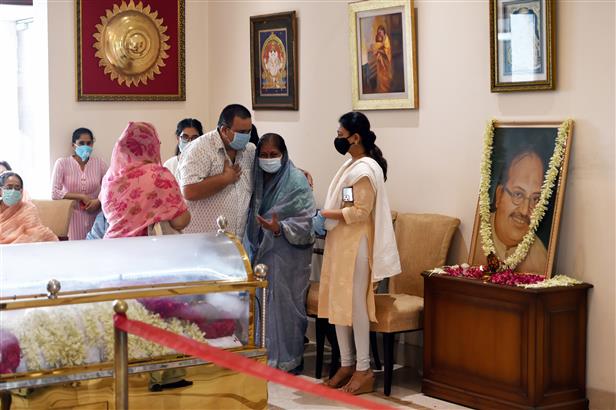 Rajya Sabha member Amar Singh was cremated at the Chhatarpur crematorium here in the presence of family members and relatives on Monday, two days after he died in a Singapore hospital.

The last rites took place around 11:30 am. His two daughters consigned his mortal remains to flames.

Due to COVID-19 protocols, Singh's last rites were performed in the presence of a limited number of people, including actor-turned-politician Jaya Prada, who considered him her 'godfather'.

Earlier in the day, Defence Minister Rajnath Singh, BJP Rajya Sabha member Jyotiraditya Scindia, and Jaya Prada were among the first ones to pay floral tributes to the former Samajwadi Party leader at his Chhatarpur farmhouse.

His wife Pankaja Singh and two daughters were present there.

Singh's body was brought to the national capital in a chartered aircraft on Sunday evening.  The 64-year-old had been undergoing treatment at a hospital in Singapore for six months and had earlier undergone a kidney transplant in 2013. --PTI