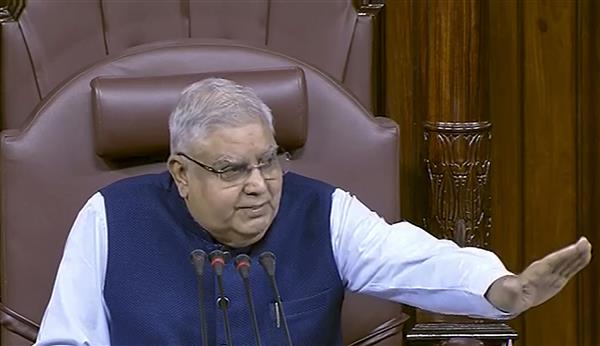 A controversial private member’s Bill that seeks to provide for a panel to prepare a Uniform Civil Code was introduced in the Rajya Sabha on Friday.

‘The Uniform Civil Code in India Bill, 2020’ was introduced in the Upper House amid protests from opposition parties.

BJP MP Kirodi Lal Meena moved for leave to introduce the Bill to provide for the constitution of the national inspection and investigation committee for preparation of a Uniform Civil Code and its implementation throughout India and for matters connected therewith during the private member’s business.

However, Opposition members from the Congress, CPI, CPI(M), Trinamool Congress protested against the introduction of the Bill saying it will “destroy” the social fabric and unity in diversity that is prevalent in the country.

With the Opposition members seeking withdrawal of the Bill, Rajya Sabha Chairman Jagdeep Dhankhar called for division and the motion for introduction of the Bill was passed with 63 votes in favour and 23 against it.

In the past, although the Bill was listed for introduction, it was not moved in the Upper House.

The Bill envisages a collection of laws to protect the personal rights of all citizens without considering religion.