Rakesh Jhunjhunwala: From pocket money-investor to mega-billionaire : The Tribune India

If Jhunjhunwala would have had a regret, it was not seeing the monetisation of Akasa Air 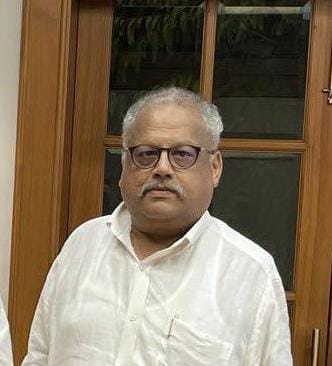 The end for Rakesh Jhunjhunwala was as sudden as his rise in the Indian stock markets, so much so that he began getting compared to the legendry American financier and investor Warren Buffet. Though ailing, the man with the midas touch gave regular interviews and appeared at industry dos although the last one was in a wheelchair.

If Jhunjhunwala would have had a regret, it was not seeing the monetisation of Akasa Air, a rare departure into actual entrepreneurship instead of guessing, most of the time correctly, the fortunes of others. Gruff and plain speaking, the portly Jhunjhunwala was the man being watched on the bourses more so after PM Narendra Modi felicitated him and his wife Rekha, practically endorsing the couple’s money making ways.

From then on, the public glare on Jhunjhunwala never waned. He, on his part, never disappointed with one-liners. Some of them like – “No one can predict weather, death, market and women” – were banal. But there were others such as – “Always go against tide. Buy when others are selling and sell when others are buying” and “Never invest at unreasonable valuations. Never run for companies which are in limelight” – were nuggets of real-life wisdom for those who aspired to follow in his footsteps.

Jhunjhunwala’s was the captivating tale of pocket money-investor to mega-billionaire that punctuates the stock markets the world over. Starting with almost nothing, in Jhunjhunwala’s case it was stated to be Rs 5,000, he was rumoured to have worked his way to a pile of shares in blue chip companies. His first big money-making bet was in picking up a Tata company shares which tripled in value a couple of years later, helping him to profits of Rs 20 to Rs 25 lakhs in1986.

This was the time when piles of money in the stock markets were available for the asking if the person had the right connections and luck to garner shares in the right type of IPOs which were then launched at par value of Rs 10 and tended to zoom to their actual valuation on listing. Harshad Mehta would have been his hero but as per Jhunjhunwala he was a bear who correctly bet on the crashing stock market.

Most bulls on the stock markets trip over the shortcuts they take. Mehta died a lonely death, his genius was found to be based on fraudulent slips of credit obtained from friendly bankers. In case of Jhunjhunwala, there was a blip when he along with his extended family shelled out Rs 37 crore to settle an insider trading case with the Securities and Exchange Board of India (SEBI) which found that Jhunjhunwala, his wife and brother had leveraged unpublished information in a company they controlled to manipulate its shares. That leaves a question mark over whether all of Jhunjhunwala’s estimated wealth of about Rs 46,000 crore, making him the 36th richest billionaire in India, was based on acute intuition?