All purchases and transactions in respect of the land are being made online and are transparent and verifiable, says trust general secretary 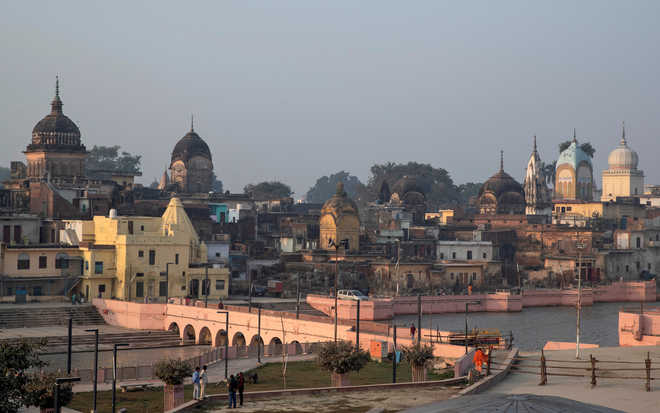 The temple trust is facing allegations that within minutes it purchased a land at a much inflated price as compared to the price the original owners paid.

The Congress on Monday demanded a Supreme Court monitored probe into the allegations of inflated purchase of land for Ram Mandir at Ayodhya by the Ram Janmabhoomi Teerth Kshetr Trust and said righteousness demands that deals related to the task of temple construction be clean and fair.

“Prime facie it appears that BJP and RSS people are responsible for the alleged fraud deal of temple land. This is not a political issue. It transcends the perimeters of politics. This is not an ordinary matter. We hope the SC will take suo motu notice of the issue and get the matter investigated,” Congress media chief Randeep Singh Surjewala said.

Noting that the allegations raised are serious and pertain to purchase of Rs 2 crore land at a price of Rs 18.4 crore by functionaries of the temple.

Asked if the Congress wanted temple construction to be halted till the matter was cleared, Surjewala said, “No question of halting the temple construction but any unfairness in deals must be investigated in the interest of propriety. This is a matter that concerns our faith.”

The temple trust is facing allegations that within minutes it purchased a land at a much inflated price as compared to the price the original owners paid.

Trust general secretary Champat Rai has already rejected the charges saying “charges have been levelled against us for years. It does not affect us.”

Rai said all purchases and transactions in respect of the land are being made online and are transparent and verifiable.

“After the SC judgment on the temple on November 9, 2019, UP government has been buying land all over Ayodhya because of which cost of land has gone up. The piece of land under debate is located closed to the railway station. The original owners of this land signed a sale agreement with the temple trust on March 18, 2021. The original owners had registered the land at years older price,” Rai said indication current escalation of price and the purchase at a higher price.

Rai said allegations in respect of the land purchase are misleading and people making these allegations are politically motivated.