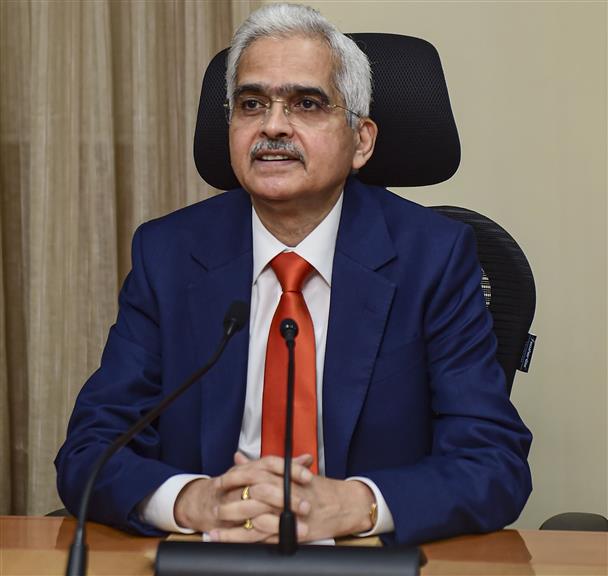 RBI Governor Shaktikanta Das said a bleak global economic outlook, persistent inflation at an alarming level and aggressive policies of advanced economies were the reasons behind the rate hike.

The Reserve Bank of India (RBI) on Friday raised the benchmark lending rate by 50 basis points, the fourth straight increase since May, and cut the economic growth projection for the current financial year to 7 per cent from 7.2 per cent estimated earlier.

The monetary policy committee (MPC) raised the key lending rate or the repo rate to 5.90 per cent — the highest since April 2019.

RBI Governor Shaktikanta Das said a bleak global economic outlook, persistent inflation at an alarming level and aggressive policies of advanced economies were the reasons behind the rate hike.

The RBI chief warned of a third major shock after the pandemic and the Ukraine conflict. “This is arising from aggressive monetary policy actions and even more aggressive communication from advanced economies,” he said.

The consumer price inflation remained elevated and above the upper tolerance band of the target due to large adverse supply shocks, some firming up of domestic demand and the spillovers from global financial markets, he said.

The growth projection had been cut due to extended geopolitical tensions and aggressive monetary policy tightening globally, he added. In April, the RBI had cut the GDP growth estimate to 7.2 per cent from its earlier forecast of 7.8 per cent.

Das said the high frequency data for the second quarter indicated that the economic activity remained resilient. “There will be a sustained revival in urban demand, which should get a further impetus from the upcoming festivals which will be fully celebrated after over two years of the pandemic. Investment has picked up with bank credit growing at 16.2 per cent as on September 9, as against 6.7 per cent a year ago,” he said.

This is the fourth consecutive rate hike after a 40 basis points increase in May and 50 basis points hike each in June and August. The RBI has raised the benchmark rate by 1.9 per cent since May this year.

Tokenisation kicks in from today

Why the need: To conceal card details and make transactions safer. In case of data leak, fraudsters can’t misuse card

Is it mandatory: No. If customers don’t opt for it, they will have to enter card details manually for every transaction

Process: Initiate request on app/website; it will be forwarded to card network; token will be issued after verification

40 basis points hike in May

Inflation to stay above 6%

RBI retains inflation projection for FY23 at 6.7% amid global geopolitical concerns; expects inflation to be under control from Jan onwards