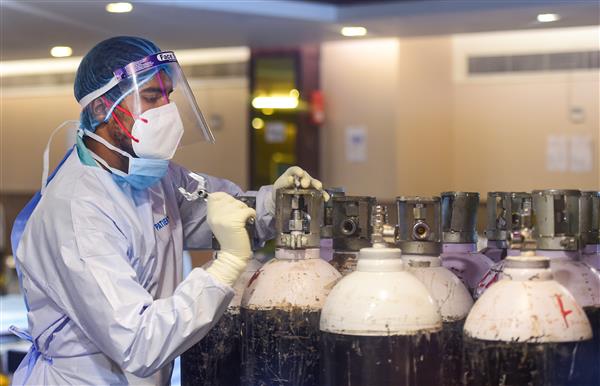 More than 20 lakh Covid-19 tests were conducted across the country in a span of 24 hours, which is a global record and the highest ever done in a single day in India, while the daily positivity rate has declined to 13.31 per cent, the Union Health Ministry said on Wednesday.

"More than 20 lakh tests were conducted in the last 24 hours (the highest ever conducted in a single day in India), while the daily positivity rate has declined to 13.31 per cent," the ministry said.

"A total 20.08 lakh tests were conducted in a span of 24 hours (May 18) in the country which is also a global record," the ministry added.

Over 32 crore tests have been conducted so far across the country. The cumulative positivity rate stands at 7.96 per cent, the ministry stated.

Tamil Nadu has reported the highest daily new cases at 33,059, followed by Kerala with 31,337 new cases.

On the vaccination front, the cumulative number of Covid-19 vaccine doses administered in the country has reached 18.58 crore.