Reforms may seem unpleasant, but beneficial over time: Modi : The Tribune India

Reforms may seem unpleasant, but beneficial over time: Modi

Reaches out to youth, inaugurates Centre for Brain Research in Bengaluru 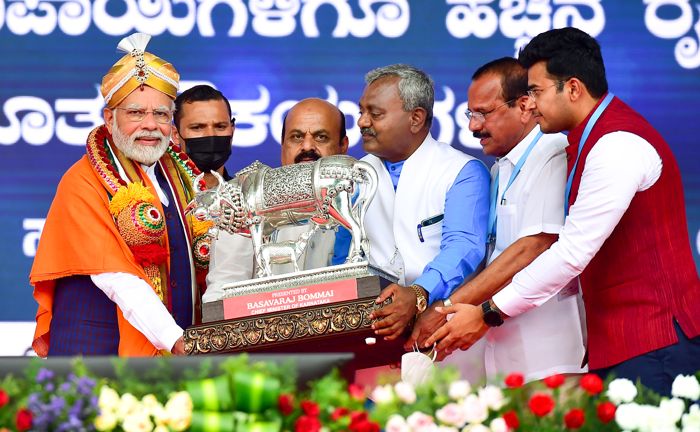 Prime Minister Narendra Modi today said many decisions and reforms might seem unpleasant initially, but over time the country feels the benefits of those reforms.

“The 21st century India belongs to wealth and job creators and innovators, who are the country’s true strength,” he said at an event in Bengaluru.

“The path of startup and innovation is not the one with ease and taking the country on this path for the last eight years was also not easy. Several decisions and reforms may be unpleasant temporarily, but with time their benefits can be experienced by the country,” the PM said in the backdrop of widespread protests against Agnipath scheme.

“The path of reforms can alone take us towards new targets and new resolve,” he said. Reaching out to the youth, he invited them to test their vision and ideas on the world-class government facilities.

The PM inaugurated and laid the foundation stone for multiple rail and road infrastructure projects worth over Rs 27,000 crore in Bengaluru.

The five national highway projects, seven Railway projects and 100 per cent electrification of Konkan Railway would give new opportunities to the youth, middle-class, farmers, workers and entrepreneurs of Karnataka, he said.

The PM also inaugurated the Centre for Brain Research and laid the stone for Bagchi Parthasarathy Multispeciality Hospital at IISc, Bengaluru, and inaugurated a new campus of Dr BR Ambedkar School of Economics (BASE) University.