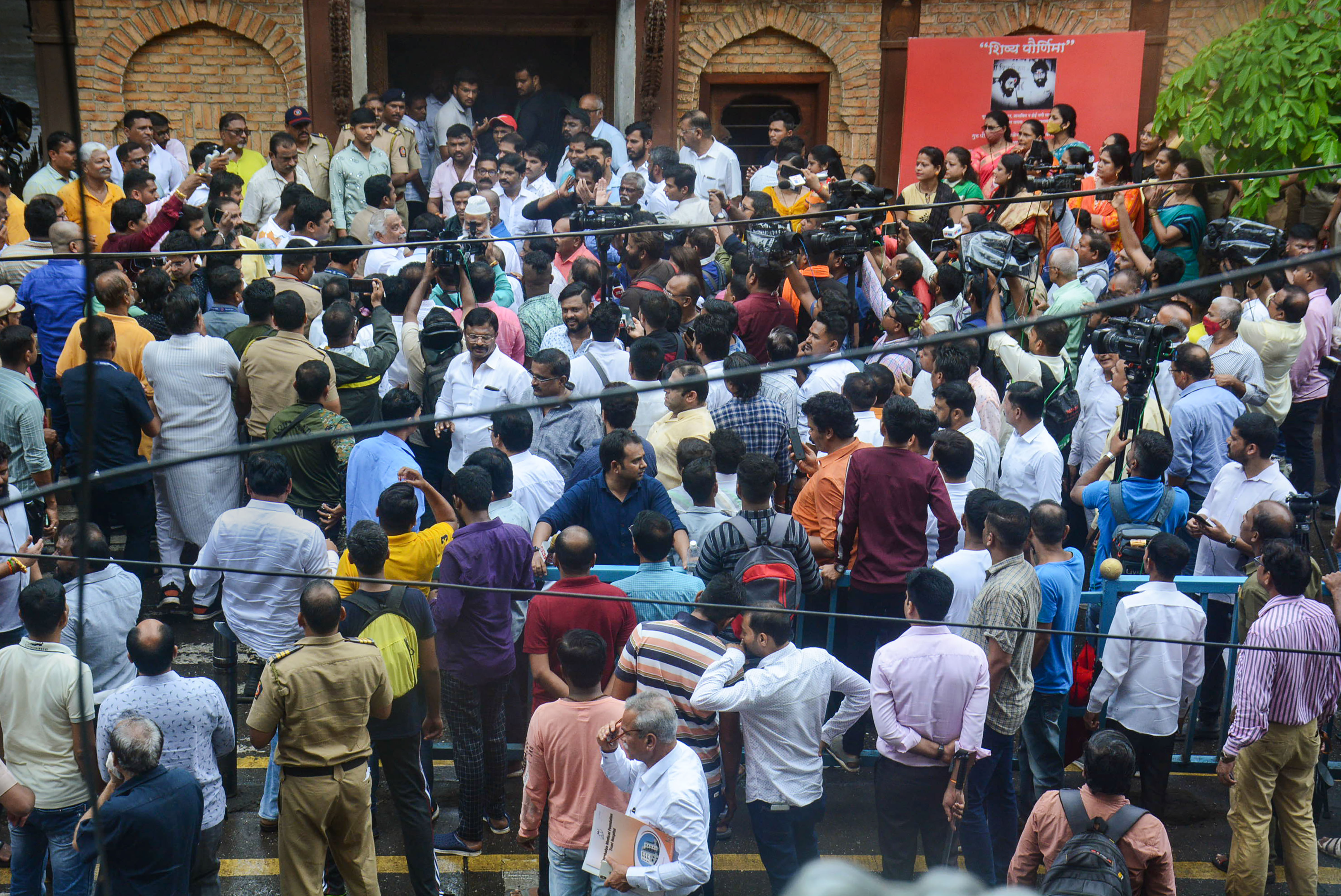 The Supreme Court today kept in abeyance the disqualification proceedings against the Shinde-led Shiv Sena MLAs till July 12 even as CM Uddhav Thackeray took away the portfolios of nine rebel ministers.

The Supreme Court sought responses from the state government on pleas by the rebels, questioning the legality of notices seeking their disqualification. The court also refused to pass an interim order on the plea of the Maharashtra Government that there should not be a floor test in the Assembly, saying that it could always approach it in case of any illegality.

A vacation Bench of Justices Surya Kant and JB Pardiwala also directed the state government to protect the life, liberty and property of the rebel MLAs and their family members and recorded the statement of Maharashtra’s counsel that adequate steps had been taken in that connection.

The matter will now be heard on July 11. Shinde had moved the SC, saying the lives of rebel MLAs were under serious threat from Sena cadres. He alleged that Sanjay Raut’s threat that “their bodies will come from Guwahati” meant the MVA government was not in control of law and order. A day after another minister, Uday Samant, shifted allegiance to Shinde, the CM on Monday took away the portfolios of the nine rebel ministers currently lodged in a Guwahati resort.

“Chief Minister Uddhav Thackeray has decided to hand over the portfolios of five absent ministers and four ministers of state to other ministers to ensure smooth functioning of departments in public interest,” said an official statement. The Uddhav side is now left with four Cabinet ministers, including the CM, his son Aaditya Thackeray, Anil Parab and Subhash Desai. Barring Aaditya, the other three are MLCs. Shinde’s portfolios have been given to Subhash Desai.

Meanwhile, the rebels again requested Uddhav to form a fresh alliance with the BJP and not shift the party away from ‘Hindutva’ and its other core ideologies. The appeal was made by Deepak Kesarkar, spokesperson of the rebel camp. It remains to be seen whether the 39 rebels and Independents led by Shinde will now seek a no-trust motion against the Uddhav-led Maha Vikas Aghadi. Rebels say they are waiting for Uddhav to step down on his own.