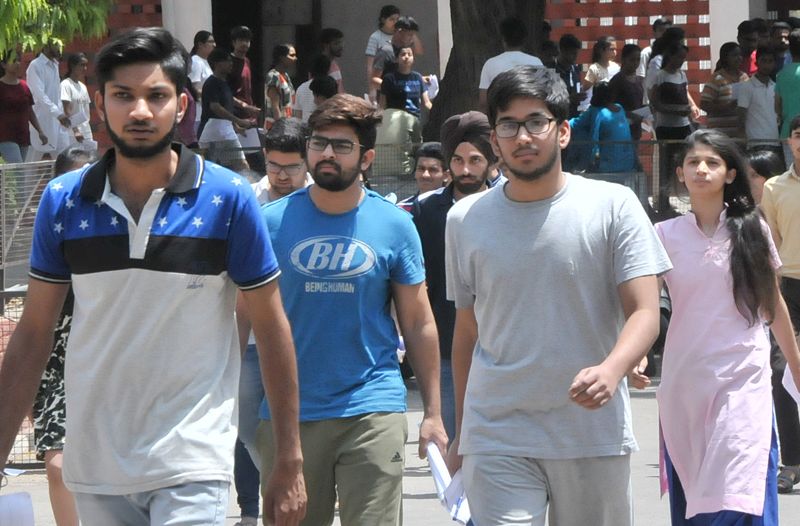 Students outside a NEET exam centre in Chandigarh. File photo

The Supreme Court on Thursday upheld the 27 per cent quota for Other Backward Classes in the National Eligibility-cum-Entrance Test (NEET) all-India quota (AIQ) seats for admission to PG medical and dental courses in state-run colleges, saying reservation was not at odds with merit as it furthered distributive justice.

A Bench led by Justice DY Chandrachud said admissions to the NEET postgraduate courses for 2021 would be held as per the existing reservation of 27 per cent for OBCs and 10 per cent for EWS. However, it said the challenge to the validity of criteria for determining the Economically Weaker Section (EWS) quota would be heard and decided by it in the third week of March. The order came on petitions challenging reservation for OBC and EWS candidates introduced by the Centre in the AIQ seats in state government-run medical colleges through a notification dated July 29, 2021.

High score not proxy for merit

High scores in an exam are not a proxy for merit. Merit should be socially contextualised…. Reservation is not at odds with merit, but furthers its distributive consequences. —Justice DY Chandrachud

“An oppositional paradigm of merit and reservation serves to entrench inequalities by relegatingreserved candidates to the sphere of incompetence, and diminishing their capabilities,” it noted.

“In our opinion, it cannot be said that the impact of backwardness simply disappears because a candidate has a graduate qualification. Indeed, a graduate qualification may provide certain social and economic mobility, but that by itself does not create parity between forward classes and backward classes. In any event, there cannot be an assertion of over-inclusion where undeserving candidates are said to be benefitting from reservation because OBC candidates who fall in the creamy layer are excluded from taking the benefit of reservation. Thus, we find that there is no prohibition in introducing reservation for socially and educationally backward classes (or the OBCs) in PG courses,” it said.

“High scores in an examination are not a proxy for merit. Merit should be socially contextualised and reconceptualised as an instrument that advances social goods like equality that we as a society value. In such a context, reservation is not at odds with merit but furthers its distributive consequences,” it said.

Noting that “scores in an exam are not the sole determinant of excellence or capability,” the Bench said, “Even if for the sake of argument, it is assumed that scores do reflect excellence, it is not the only value that is considered as a social good. We must look at the distributive consequences of merit. Accordingly, how we assess merit should also encapsulate if it mitigates or entrenches inequalities.”

The Bench – which had on January 7 passed a short order upholding the 27 per cent quota for OBCs in AIQ seats – has now delivered a detailed verdict giving reasons for its decision.

16 hours ago
8
Jalandhar in brief