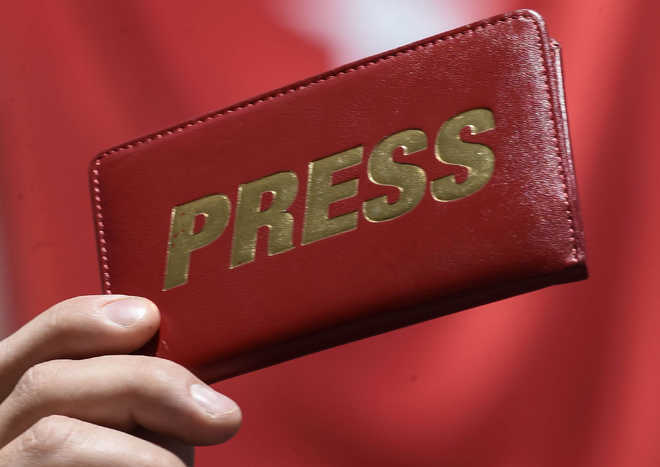 Governor Jagdeep Dhankhar and CPI(M) West Bengal unit secretary Surjya Kanta Misra have expressed the view that the summoning of the 62-year-old editor by police was an attempt to muzzle the press.

Governor Dhankhar recently tweeted saying he had sought update from home secretary regarding summoning of Chattopadhyay at the Hare Street police station.

“Press freedom is non-negotiable. It is spine of democracy and guaranteed by Constitution”, Dhankhar stated in the tweet.

While the Governor tried to put the blame on the shoulder of Chief Minister Mamata Banerjee (the tweet was marked to Banerjee and the Editors Guild of India), CPI(M) state unit secretary Mishra held Modi government responsible for Chattopadhyay’s ordeal.

“Is it true that Anirban Chattopadhyay, Editor ABP, the highest circulated Bangla daily is sought to be arrested under certain fictitious but non-bailable charges? Is it dedicated to Modi’s first year 2nd term, meant to settle the score because of ABP upholding the secular values?” Mishra tweeted on Saturday.

Independent sources confirmed that a notice under various sections of the IPC was served to Chattopadhyay at his office on May 25 asking him to appear at Hare Street police station for questioning.

The notice, according to the sources, was prompted by a story on inadequate supply of PPEs to the staff of a hospital handling COVID-19 cases.

Health Department took the view that the report was factually incorrect and wrote so to Home Department. This led to a complaint filed with the Hare Street police station.

Chattopadhyay, instead of presenting himself before the police, wrote a letter to Officer-in-Charge of the police station saying he had moved the court for anticipatory bail. Moreover, being a senior citizen, he had been medically advised to avoid going to public places and expose himself to infection by the novel coronavirus.

This correspondent has seen Chattopadhyay’s letter to Officer-in-Charge of Hare Street police station which was accompanied by medical certificate from his doctor.

Till yesterday, Chattopadhyay’s name appeared as the editor. Following Chattopadhyay’s resignation, Ishani Datta Ray has become the new editor of the Bengali daily, which is also the flagship of the ABP group.

A source said that Chattopadhyay, who took over as editor four years back, resigned owing to his disagreement over a move related to restructuring of the editorial staff.

“Summon by police may not have much to do with Chattopadhyay’s exit,” the source said.