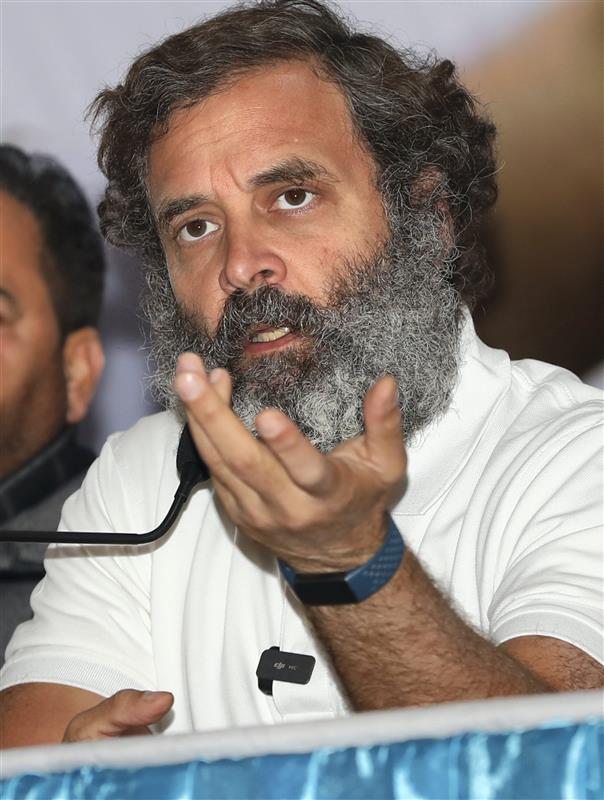 Former Congress president Rahul Gandhi today termed as “ridiculous” the comments by party leader Digvijaya Singh questioning surgical strikes saying the armed forces were doing their job “exceptionally well” and did not need to give any proof.

Facing criticism from the BJP, Rahul, in reply to a volley of questions from the media on Digvijaya’s remarks on surgical strikes and the Pulwama terror attack, said he and the party completely disagreed with his statement. “There are people who will say ridiculous things. It’s his (Digvijaya’s) personal view,not of the Congress…. We have full faith in our Army. If the Army performs any task, there is no need to give any proof,” he said during a press conference at Jhajjar Kotli in Jammu. Asked why action was not initiated against Digvijaya, Rahul said, “Ours is a democratic party, and not a dictatorship. We do not run our party on the principle of coercion.”

In New Delhi, senior BJP leader Ravi Shankar Prasad said the Congress could no longer hide behind the alibi of “personal remarks” each time their leaders questioned the valour of armed forces. Prasad also said the Congress would never have the two-thirds majority to revoke Article 370 in J&K. J&K BJP chief Ravinder Raina also said Rahul should apologise for Digvijaya’s comments.

Addressing a public meeting during the ‘Bharat Jodo Yatra’ in J&K, Digvijaya had said, “They talk of surgical strikes. They claim to have killed so many people, but no proof is given. They are ruling by peddling a bundle of lies.”