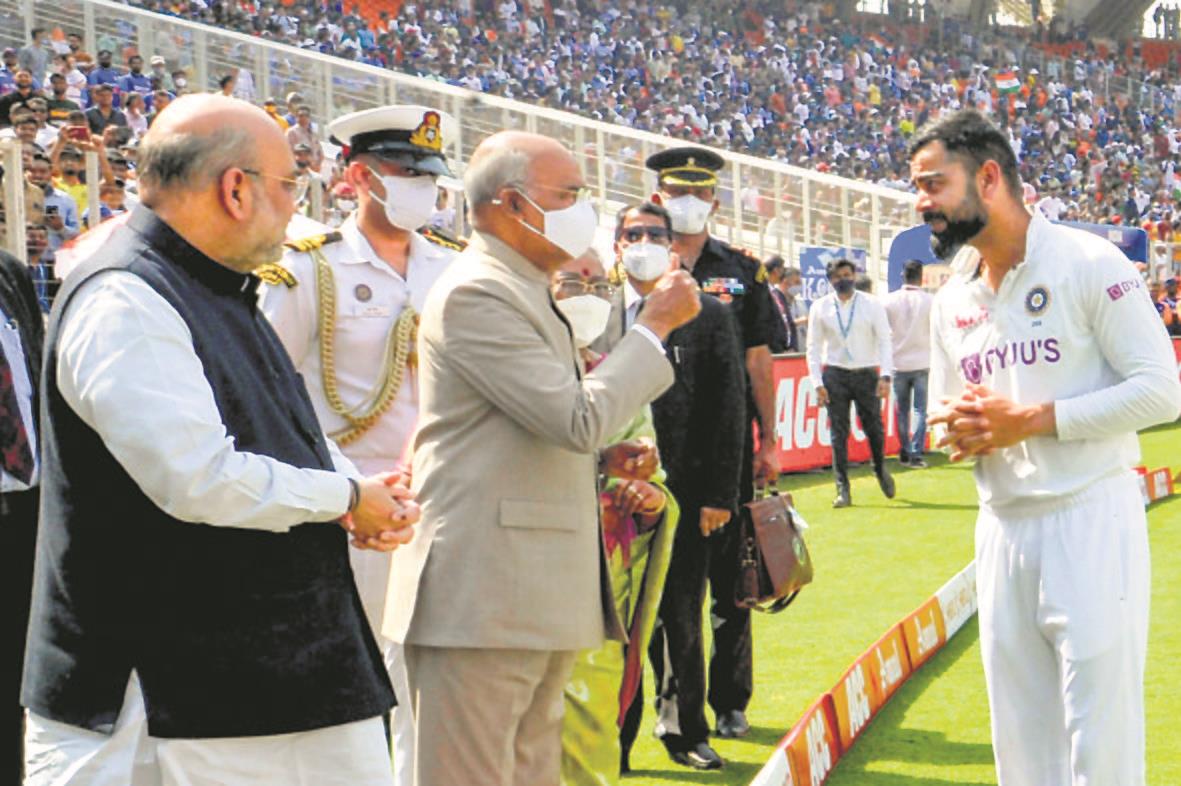 In a controversial development, the reconstructed Sardar Patel Stadium in Motera, near Ahmedabad, was rechristened as Narendra Modi Stadium. The cricket stadium, which is now the world’s largest having a seating capacity of 1,32,000, was inaugurated by President Ram Nath Kovind on Wednesday.

Soon after the inauguration, social media was flooded with remarks, including by leaders of the Congress and other parties, who termed the move as an “insult” to Sardar Patel.

Congress leader Shashi Tharoor tweeted: “Maybe they just realised the stadium was named after a Home Minister who had banned their parent organisation! Or is this the beginning of a legacy-creation-through-labelling spree?”

Priyanka Gandhi Vadra, without directly talking about the stadium, tweeted a Hindi quote of Sardar Patel.

Union Sports Minister Kiren Rijiju said the list of national institutions and complexes named after the Gandhis was “very long”. Union Minister Prakash Javadekar said only the Motera Stadium had been renamed and the complex continued to be named after Vallabhbhai Patel.

Earlier addressing the gathering after the ceremony, the President said: “The vision to build such a world-class stadium was set when Narendra Modi was the Chief Minister of Gujarat.” He said good sports facilities and performance in this field were the yardsticks of a nation’s development.

He along with First Lady Savita Kovind also performed the bhumi pujan of the upcoming Sardar Vallabhbhai Patel Sports Enclave. The facility will have a cycling velodrome, aquatic centre, indoor sports centre, tennis centre and an athletics-cum-football stadium. Located at the Sabarmati riverfront, the multi-sports facility will also include hotels, retail and food courts.