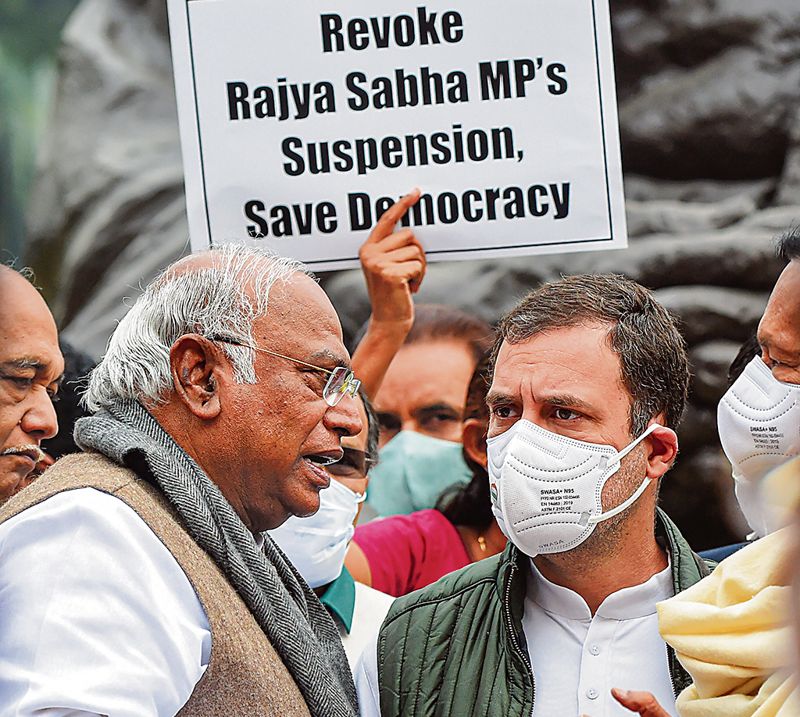 The 12 suspended Rajya Sabha MPs today sat in protest beside the Mahatma Gandhi statue in Parliament complex with the Opposition lending them full support.

Congress leader Rahul Gandhi also took part in the protest over the suspension and the TMC too joined the Opposition chorus today after staying away from it yesterday. The other protesting leaders belonged to the SP, DMK, Shiv Sena, TRS, NCP, CPM, CPI, RJD, IUML, NC, LJD, RSP and Kerala Congress. “The suspensions are undemocratic and must be revoked,” said Leader of Opposition in the Rajya Sabha and Congress veteran Mallikarjun Kharge. TMC’s Saugata Roy said the government had lowered the dignity of Parliament. Roy warned of continued protests unless the suspensions were revoked. The House remained disrupted for the third day today. The Lok Sabha also saw serial disruptions till 2.35 pm when the House eventually assembled to take up the Assisted Reproductive Technology Bill, 2020.