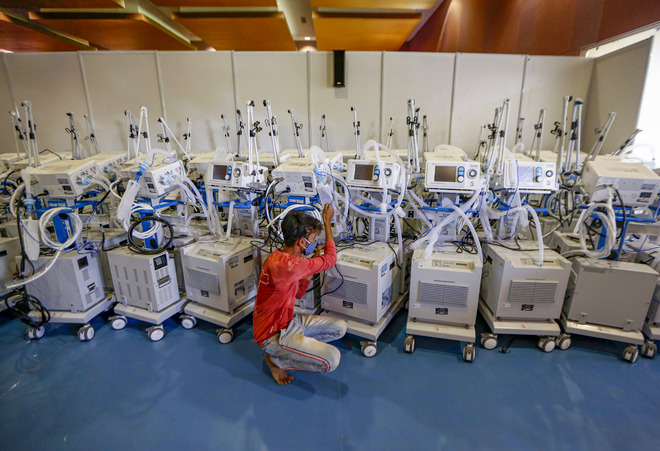 Most of the 320 ventilators provided by the Centre to the state are non-functional.

After Punjab’s Minister for Medical Education and Research Om Parkash Soni flagged the issue of “faulty” ventilators given by the Centre under the PM Cares Fund, Union Health Minister Harsh Vardhan today assured the state that a team of experts would be sent to fix the machines.

Most of the 320 ventilators provided by the Centre to the state are non-functional. More than 280 of these are faulty and gathering dust in storerooms of three medical colleges of the state.

“It is my appeal to the Government of India that it should provide high-quality ventilators or provide at least one engineer at each Government Medical College to ensure their functionality. These engineers should have enough spare parts, so that all ventilators are made functional and can serve critically ill patients,” said Soni.

Government Medical College, Patiala, has 98 ventilators. Even though it fixed 48 of these, anesthetists are not using them as they have little faith in the repaired machines. In the past, a similar complaint was raised by Rajasthan Chief Minister Ashok Gehlot. Over 1,000 ventilators provided to Rajasthan under the PM Cares Fund faced a technical snag.

(With inputs from Anirudh Gupta in Ferozepur)