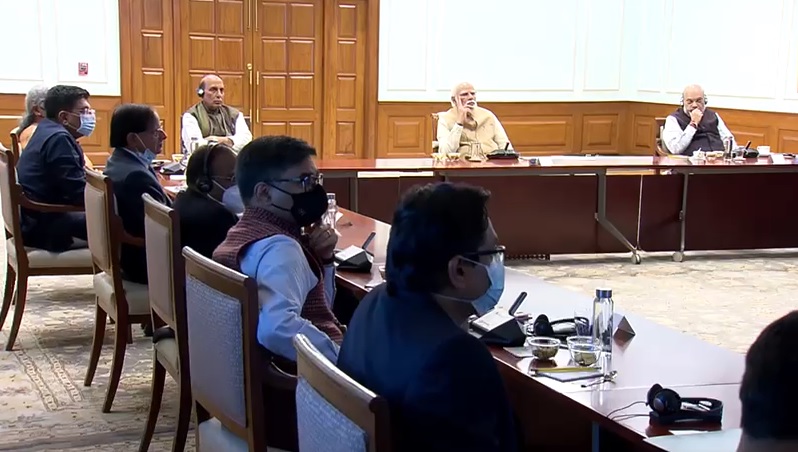 President Putin briefed the Prime Minister about the recent developments regarding Ukraine.

The Prime Minister reiterated his long-standing conviction that the differences between Russia and the NATO group can only be resolved through honest and sincere dialogue.

PM Modi appealed for an immediate cessation of violence, and called for concerted efforts from all sides to return to the path of diplomatic negotiations and dialogue.

The Prime Minister also sensitised the Russian President about India's concerns regarding the safety of the Indian citizens in Ukraine, especially students, and conveyed that India attaches the highest priority to their safe exit and return to India.

The leaders agreed that their officials and diplomatic teams would continue to maintain regular contacts on issues of topical interest.

Earlier, Prime Minister Narendra Modi chaired a meeting of the Cabinet Committee on Security after Russia launched an attack on Ukraine.

Union ministers Piyush Goyal and Hardeep Singh Puri who are not part of the Cabinet Committee on Security (CCS) were in the meeting.

Russian President Vladimir Putin, who cast aside international condemnation and sanctions and announced the launch of the military offensive against Ukraine on Thursday, also warned other countries that any attempt to interfere would lead to consequences they had “never seen”.