Pilot is the main contender for Chief Minister’s post 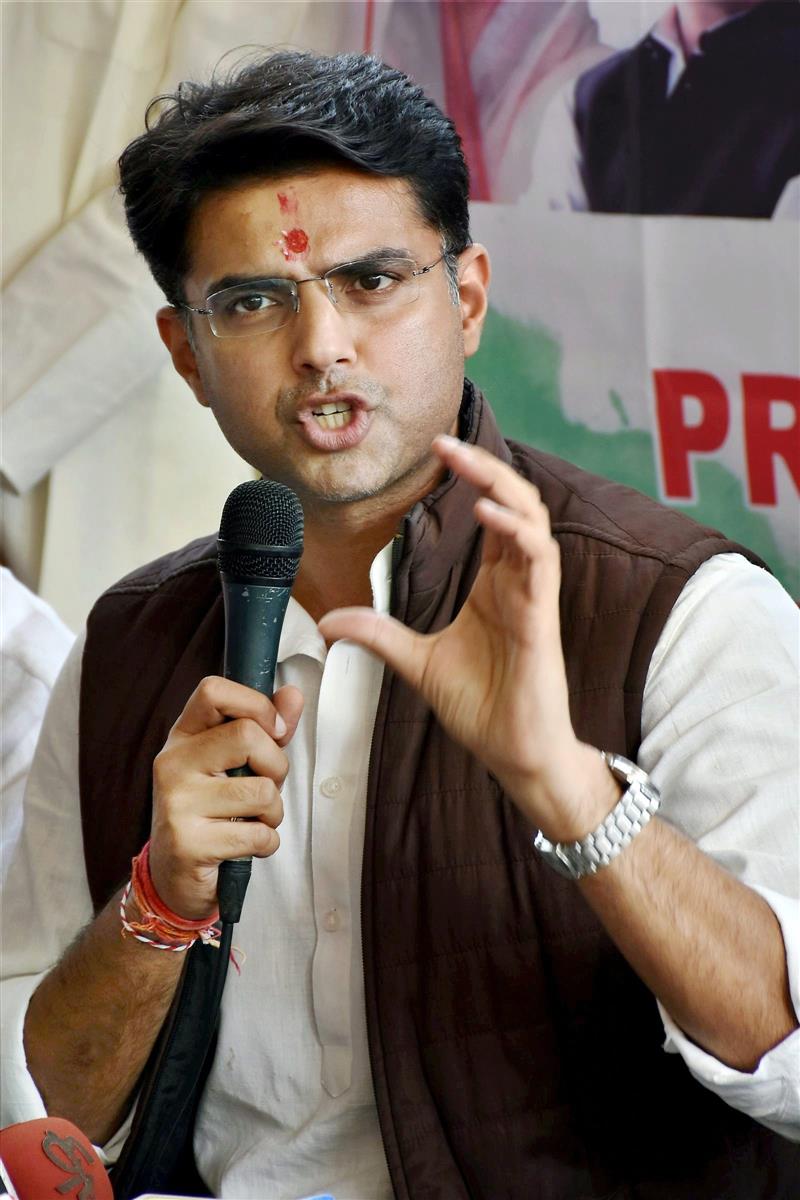 Congress leader Sachin Pilot on Friday met Rajasthan Assembly Speaker C P Joshi amid speculations of change of guard in the state as Chief Minister Ashok Gehlot cleared that he will be running for the post of the Congress’ national president.

Pilot met Joshi in his chamber in the state Assembly, where several party MLAs were also present.

According to party sources, Pilot is the main contender for the Chief Minister’s post, but Speaker Joshi’s name is also doing the rounds. Joshi is a former state Congress president and was a contender for the post in 2008 but lost the Assembly elections by one vote at that time.

Earlier in the day, both Gehlot and Pilot reached Jaipur after meeting the party high command.

However, none of the leaders commented on the latest developments.

Gehlot, who was out of the state capital for three days, returned to Jaipur on Friday evening with Congress state president Govind Singh Dotasra. He went straight from the airport to the chief minister’s residence.

Gehlot had gone to Delhi on Wednesday. From there, he went to Kochi and met Rahul Gandhi. He was in Maharashtra on Friday and visited the Shirdi’s Sai Baba temple.

Pilot, who was also in Kochi, reached Jaipur on Friday and went to the state Assembly. Many MLAs close to Pilot also met him there.

Meanwhile, names of Ashok Gehlot and Sachin Pilot were trending on Twitter throughout the day, even as senior leaders of the Congress refrained from commenting on the matter.

Rajasthan Food Minister Pratap Singh Khachariyawas said if Gehlot files his nomination for the post of Congress president, all party MLAs of the state will support him because he is the Chief Minister and leader of the legislature party.

Deputy Chief Whip Mahendra Chaudhary said, “We welcome the decision taken by the high command. When Gehlot will file his nomination, the MLAs will be asked to go to Delhi.”

The process of filing nominations for the post of Congress chief will go on from September 24 to 30. The last date for withdrawal of nominations is October 8. In case of more than one candidate, voting will be held on October 17 and results will be declared on October 19.