SC issues notice to Centre on a petition seeking simplification of adoption process : The Tribune India

As per the data available in the public domain, there are only 4,000 child adoptions annually, says the petitioner NGO 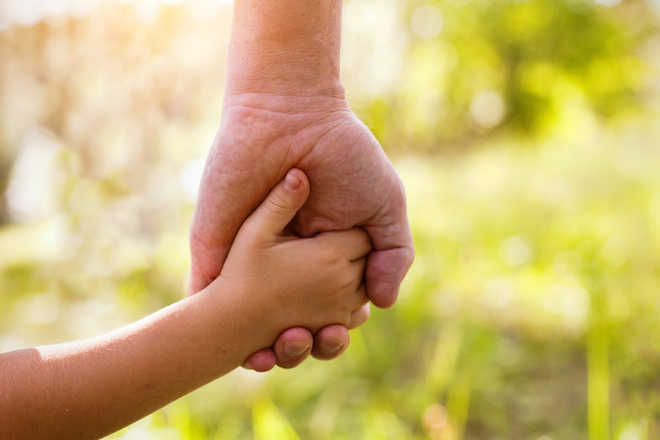 The Supreme Court on Monday issued notice to the Centre on a petition seeking to simplify the legal process for child adoption in India after the petitioner pointed out that only 4,000 adoptions took place annually even as there were three crore orphan children in the country.

A Bench led by Justice DY Chandrachud asked the Centre to respond to the petition by “The Temple of Healing”, saying despite its representations to the Union Ministry of Women and Child Development for simplifying the process of child adoption nothing has been done till date.

Appearing in-person for the petitioner NGO, Piyush Saxena said, “As per the data available in the public domain, there are only 4,000 child adoptions annually but till last year we had three crore orphan children in the country. There are several infertile couples who are willing to have a child”.

Saxena – who is Secretary of ‘The Temple of Healing’, said, “We don’t accept a donation or charge any money and provide treatment of various ailments through naturopathy…Child Adoption Resource Information and Guidance System may appoint a few trained ‘adoption prepares’ on the lines of Income Tax preparer scheme of 2006.”

He said that they can help prospective parents to complete the cumbersome paperwork required for adoption as people were not educated enough to understand the entire process.

There was also an anomaly on the legislature front as adoption is being governed by the Hindu Adoption and Maintenance Act of 1956 which has a nodal ministry as the Ministry of Law and Justice while the aspects of Orphans are dealt with by the Ministry of Women and Child Development, he said.

Saxena – who was senior vice-president in Reliance Group of Companies – said he had conducted an in-depth study on the subject.

“There was one case which came before us was that there was inter-country adoption of the child. The Child was taken abroad and it changed hands from parent to parent but he could not settle with any parent. The child turned major but none of the parents applied for his citizenship as a result he continued to be an Indian Citizen”, Justice Chandrachud said.

He said that after the child became a major he got involved in some drug cases and was deported back to India but here he could not understand any language as he was taken away abroad when he was just an infant.

“Somehow the child now major was found by Missionaries of Charity and the matter came up before the court. Yes, you are right there are abuses but we need to tighten those gaps keeping in mind the number of orphans”, Justice Chandrachud said.