Larger issue people need to understand is law-making will be done by the Parliament and not the people on the street, says BJP 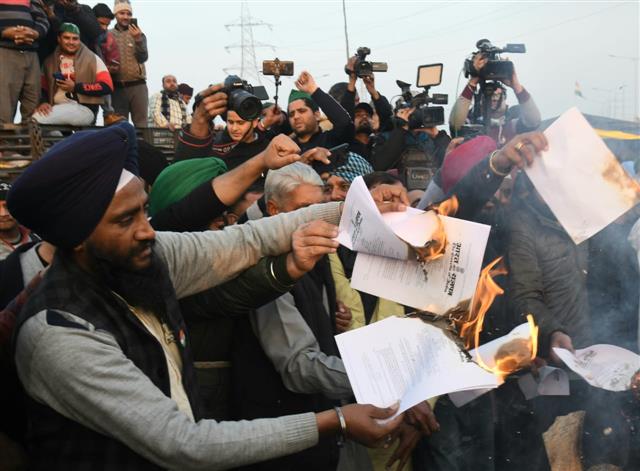 The Supreme Court’s order on the formation of a committee and farmers’ reaction to it has “not only exposed trust deficit between the government and farmers but also limitation of judiciary’s role in arbitration,” say some agriculture experts.

The Supreme Court on Wednesday stayed the implementation of the three contentious farm laws and set up a four-member committee to hear various stakeholders’ views. While farmer’ unions and ‘jathebandis’ rejected the order, the ruling BJP said it will abide by the ruling.

While BJP leaders say that people need to understand that “law making will be done by the Parliament and not the people on the street”, Prof Sudhir Panwar, an agriculture expert, says after months-long stand-off between the two sides the SC was expected to resolve the issue by deciding on the Constitutionality of the three laws.

“The issue was whether the laws are Constitutional or not. After both sides exhausted all options and when the Government failed to resolve the crisis, the Supreme Court came forward in the role of arbitrator through formation of a committee.”

“However, the decision of farmers to continue the agitation is indicative of deficit of trust between farmers and the Government on one side and farmers and the proposed committee on another side. Things are exactly where they were when the agitation started while farmers are still on Delhi’ borders,” says Panwar.

While the popular perception is that the verdict has “given the Narendra Modi government elbow room out of a difficult situation”, apparently the government also believes “what it has not been able to convey to the people, the unyielding stance adopted by the unions will now do that”.

So far as the BJP is concerned party spokesperson Sudesh Verma says the government did not want the laws to be put on the hold but the highest authority in the country, the Supreme Court, wanted time to decide and everyone needs to respect that.

“The SC has taken a humanitarian point of view. The government did not want laws to be put on the hold, because many traders have signed contracts with farmers. We will abide by the SC’ order, however, the larger issue people need to understand is law making will be done by the Parliament and not the people on the street,” Verma added.

Regarding objections on names in the committee, party leader RP Singh said they have not been recommended by the BJP or the government. “The names have been decided by the SC. It is clear those sitting on the agitation do not want to change the laws, they just want to show the government in poor light,” he says.