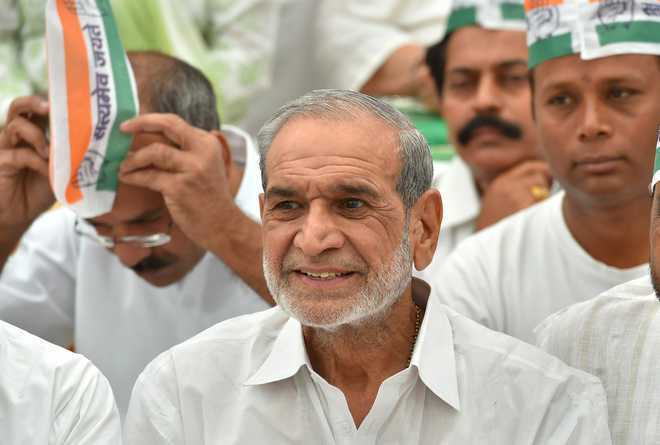 The Supreme Court on Friday refused to grant interim bail to former Delhi Congress leader Sajjan Kumar, who is serving a life sentence in a case relating to the 1984 anti-Sikh riots.

Kumar has been in jail since December 31, 2018, when he surrendered after being convicted and awarded life imprisonment by the Delhi High Court.

“We will hear it in May during summer vacation,” a Bench headed by Chief Justice SA Bobde said.

On behalf of Kumar, senior advocate Vikas Singh said he had lost 13 kgs and needed to be attended by a private doctor. Singh handed over a sealed medical report on Kumar’s health to the court.

The Bench said it would consider the report when Kumar’s bail plea is taken up for hearing.

The Supreme Court had on November 6 last year directed AIIMS Director to set up a medical board to examine the health condition of 1984 anti-Sikh riots case convict and former Congress leader Sajjan Kumar who is seeking release on bail.

It had asked the AIIMS Director to submit the board’s report in four weeks.

Awarded life term by the Delhi High Court in a 1984 anti-Sikh riots case, former Congress leader Sajjan Kumar (73) has requested the Supreme Court to hear his bail plea which has been hanging fire for several months.

Kumar has challenged the Delhi High Court’s verdict of December 17 last year that awarded him life imprisonment for the “remainder of his natural life” in the 1984 anti-Sikh riots case relating the killing of five Sikhs in Delhi Cantonment’s Raj Nagar Part-I area of southwest Delhi on November 1-2 in 1984 and burning down of a Gurudwara in Raj Nagar Part-II. He is also seeking suspension of sentence and his release on bail.

Earlier, the top court had on August 5 last year deferred the hearing on Kumar’s bail plea, saying, it was not an “ordinary case” and required a detailed hearing before passing of any order. “We understand that these are not simple criminal cases… It is not an ordinary case,” it had said.

The CBI had earlier told the top court that the offence Kumar was convicted of was of “gruesome nature” as the killing of Sikhs after the assassination of the then Prime Minister Indira Gandhi was a “genocide”.