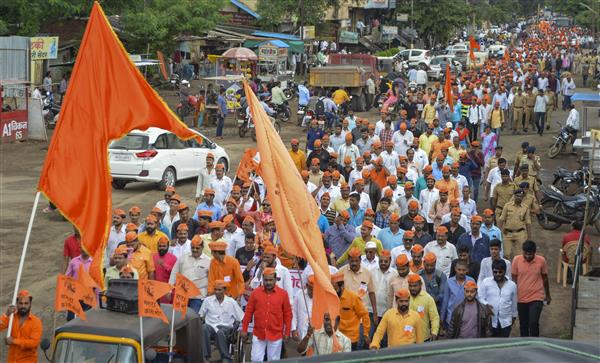 The Supreme Court on Wednesday stayed reservation in government jobs and educational institutions for candidates belonging to Maratha community in Maharashtra and referred the matter to a Constitution Bench for final adjudication.

However, a three-judge Bench led by Justice L Nageswara Rao said admissions already made to PG courses shall not to be altered.

Now, the matter will be placed before CJI SA Bobde for constituting an appropriate Bench.

But during the pendency of the matter before the top court no reservation can be given to the Maratha community under the Socially and Educationally Backward Classes (SEBC) Act.

The top court is seized of petitions challenging the SEBC Act which provides for reservation to Maratha community in public employment and education admissions.

The Maharashtra Assembly had passed the SEBC Act, 2018 granting 16 per cent reservation to Marathas beyond the 50 per cent ceiling imposed in the Supreme Court’s 1992 verdict in the Indra Shawney case.

The Bombay High Court had on June 27, 2019 upheld reservation for Marathas in the state but quashed the 16 per cent quota, terming it “not justifiable”.

The high court had ruled that it should not exceed 12 per cent for education and 13 per cent for government jobs as recommended by Maharashtra State Backward Class Commission.

The high court had said the 50 per cent cap on total reservations imposed by the Supreme Court could be exceeded in exceptional circumstances.

It had accepted the Maharashtra government’s argument that the Maratha community was socially and educationally backward, and the state was duty-bound to take steps for its upliftment.

The high court’s decision was challenged before the Supreme Court.