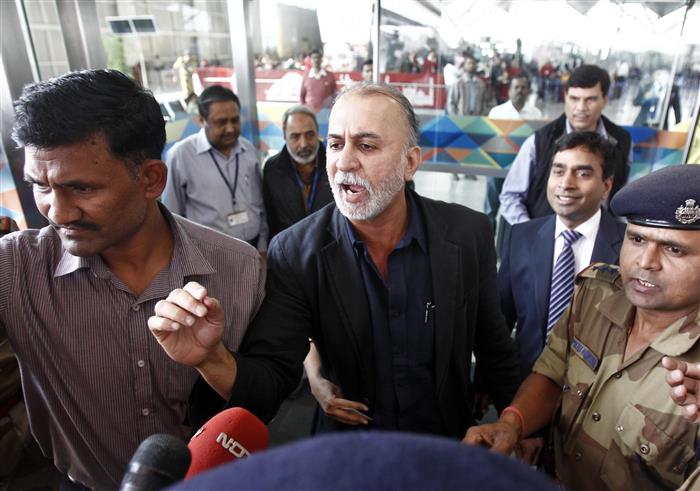 The Supreme Court would hear on Friday the appeal of journalist Tarun Tejpal against the Bombay High Court’s order rejecting his plea for an in-camera hearing of the proceedings challenging his acquittal in a 2013 rape case.

A bench comprising Justices L Nageswara Rao and B R Gavai has listed for hearing the plea of Tejpal whose application for conducting an in-camera hearing of the proceedings under section 327 of the CrPC was rejected by the Goa bench of the Bombay High Court on November 24, last year.

The acquittal of the former editor-in-chief of Tehelka magazine, who was accused of sexually assaulting his then-woman colleague in the lift of a five-star hotel in Goa in November 2013, by a sessions court in May 2021 was challenged in the Goa bench of the high court by the state government.

Senior advocate Amit Desai, who had appeared for Tejpal, had referred to the Law Commission and various judgements of high courts supporting his application for an in-camera hearing. The high court, however, had rejected the submissions.

Solicitor General Tushar Mehta, representing the Goa government, had argued that the judgement (of acquittal of Tejpal) by the district court is in the public domain.

“Section 327 applies for the purpose of inquiring into or trying any offence. It has limited application during inquiry or trial. The appeal is something very clear. Appeals, revisions, etc are neither investigation nor inquiry nor a trial,” he had said.

In its order in May last year, the Mapusa district and sessions court had held that the complainant had not shown the “kind of normative behaviour” expected from a “victim of sexual assault”.

The court had granted Tejpal the “benefit of the doubt” in the absence of corroborative evidence to support the allegations made by the complainant.

Challenging Tejpal’s acquittal, the state government had said that the court’s judgement was “coloured by prejudice and patriarchy”.