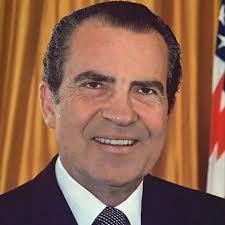 On June 3, 1971, when US National Security Advisor Henry Kissinger was wild at India and Prime Minister Indira Gandhi for sheltering millions of Bengali refugees fleeing Pakistan’s army, he and his boss, US President Richard Nixon didn’t just blame her for causing the refugee flow and covert sponsorship of Bengali insurgency. Kissinger condemned Indians as a whole, his voice oozing with contempt, “They are a scavenging people”.

Kissinger, who continues to be influential and is routinely granted access by kings and governments, also voiced prejudices, albeit milder, about Pakistanis. On August 10, 1971, while discussing with Nixon whether the Pakistan junta would execute Sheikh Mujibur Rehman, the leader of the Bengali nationalists, Kissinger hissed to the President: “I tell you, the Pakistanis are fine people, but they are primitive in their mental structure.”

“They (Pakistanis) just don’t have the subtlety of the Indians,” Kissinger, the toast of India’s thinktanks at 97, explained helpfully. On June 17, 1971, Nixon and Kissinger, in a collective generalisation of a losing battle with Indira Gandhi, burst out on Indian women at large by calling them “Sexless” newly accessed tapes reported in the New York Times by Princeton Professor of International Relations and author Gary J Bass state.

The Republican President, ultimately disgraced and having to quit in 1974, was unsparing to contrarians in his own team for even minor editorial tilts towards India. The tapes, Bass explains, have a reference to Kenneth B. Keating, Ambassador to India, as “a bastard”. Keating’s fault, even as he stood outranked, was to have confronted Nixon and Kissinger in the Oval Office calling Pakistan’s crackdown “almost entirely a matter of genocide”.

The tapes have Nixon asking what “do the Indians have that takes even a Keating, for Christ, a 70-year-old” (here there is cross-talk, but the word the Professor heard seems to be “bachelor” or even “bastard”). In his reply to Nixon, Kissinger explained: “They (Indians) are superb flatterers, Mr President. They are masters at flattery. They are masters at subtle flattery. That’s how they survived 600 years. They suck up - their great skill is to suck up to people in key positions.”

Kissinger continued: “The most sexless, nothing, these people. I mean, people say, what about the Black Africans? Well, you can see something, the vitality there, I mean they have a little animal-like charm, but God, those Indians, ack, pathetic. Uch.”

On November 4, 1971, during a private break from a White House summit with Indira Gandhi, Nixon revealed to Kissinger his sexual disgust at Indians. He said: “To me, they turn me off. How the hell do they turn other people on, Henry? Tell me.”  Kissinger’s response was inaudible to Prof Bass, but he believes the NSA did not discourage the President from his theme.

The President, in between bitter sparring matches with Indira Gandhi about the danger of war with Pakistan, confesses to Kissinger that his own sexual neuroses were having an impact on foreign policy: “They turn me off. They are repulsive and it’s just easy to be tough with them.”

A few days later, on November 12, 1971, in the middle of a discussion about India-Pakistan tensions with Kissinger and Secretary of State William P. Rogers, after Rogers mentioned (claims of) reprimanding Indira Gandhi, Nixon blurted: “I don’t know how they reproduce!”

In the 47 years since, Kissinger has successfully portrayed himself as above the racism of the Nixon White House, but Bass’s newly unveiled tapes show him joining in the bigotry. Though, as the author himself confesses, the tapes cannot fully determine whether he truly shared the President’s prejudices or was just pandering to the boss.

A conversation between Nixon, Kissinger and H.R. Haldeman, the White House chief of staff, in the Oval Office in June 1971 is equally revealing. “Undoubtedly the most unattractive women in the world are the Indian women,” said Nixon.

“Undoubtedly,” he repeats, with a venomous tone.

The tapes are a sequel to Bass’s well-received book, “The Blood Telegram” published in 2013. The book documents the violent birth of Bangladesh and what Bass called, “disgraceful White House diplomacy”. Much of the evidence came from scores of White House tapes, which reveal Nixon and Kissinger as they operated behind closed doors.

In December 2012, Bass filed a follow-up legal request for a mandatory declassification review with Nixon’s Presidential Library and Museum. After much wrangling, the Nixon archivists released a few unbleeped tapes in May 2018 and then a few lots every now and then culminating this past May. There are bleeps still remaining on some of the reviewed tapes, some of which Bass says he is appealing.

Nixon died in 1994. Kissinger was NSA from 1969 until 1973 and then rose to be US Secretary of State in 1974. His negotiating genius with Vietnam and China won him cult status and the Nobel Peace Prize in 1973. A request for comment from Kissinger Associates wasn’t answered at the time of publication. IANS