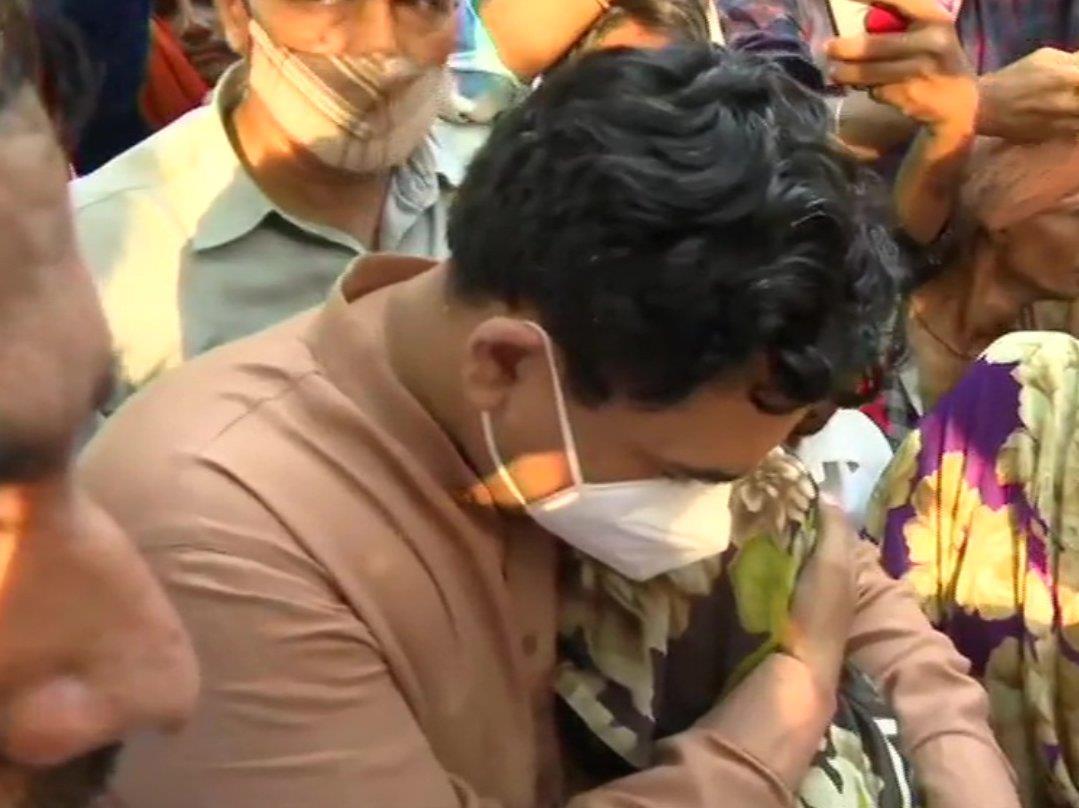 A second arrest was made on Sunday in connection with the Karauli incident where a priest died after allegedly being set afire by landgrabbers.

Controversial BJP leader Kapil Mishra met the family members of the victim at Bukana village and offered them Rs 25 lakh as assistance collected from the public.

The incident which occurred on Wednesday has triggered a war of words between the BJP and the Congress, which is in power in the state.

On Saturday, accused Kailash Meena was taken into custody.

He said both the accused were arrested under IPC Section 302 (murder).

Mishra, who has been mired in a controversy over his speeches made in the days before the Northeast Delhi riots in February, consoled the family members of priest Babu Lal Vaishnav and promised them all possible help.

“It is a very painful incident, and I feel that no one should see such kind of suffering,” Mishra told the reporters after meeting the priest’s family.

He said Rs 25 lakh would be transferred to the account of the priest’s kin.

“We will not only give financial help to the family but have also given a promise to hold their hand and make them stand on their feet again so that they can move forward,” the former AAP MLA said.

Vaishnav was attacked on Wednesday and died at the SMS Hospital a day later.

It is alleged that five people, who were trying to occupy cultivated land near the temple, set him ablaze after spraying petrol.

The priest was cremated on Saturday after his family relented following an assurance from the administration on their demands.

The Congress on Sunday said those making comparisons between the incidents in Hathras and Karauli were doing so for “vested political interests”.

It said while justice was not done in Uttar Pradesh, prompt action was taken in Rajasthan.

In UP’s Hathras, a 19-year-old Dalit woman was allegedly raped by four upper-caste men on September 14 and she succumbed to injuries at a Delhi hospital a fortnight later.

The BJP had hit out at the Congress over incidents of crime in Rajasthan, saying law and order in the state has “gone for a toss” and asked Rahul Gandhi to pay attention to it instead of visiting BJP-ruled states for “political tourism”.

Asked about the two incidents at a press conference in Delhi, Congress spokesperson Abhishek Singhvi said, “Let me be very clear that to compare as is being done by innuendo and insinuation by vested political interests, between Karauli and Hathras, is to make a mockery of justice.”

“Every murder, and it is the highest crime in our penal book, is despicable, dastardly and must be condemned, be it Hathras and be it Karauli. But that is not the point. Did you have a midnight cremation in Karauli? Answer is ‘No’. Did you have it in UP? Answer is ‘Yes’....

“One is justice, one is injustice. So before you make comparisons, search your soul and don’t think the people of India are fools,” Singhvi said. — PTI