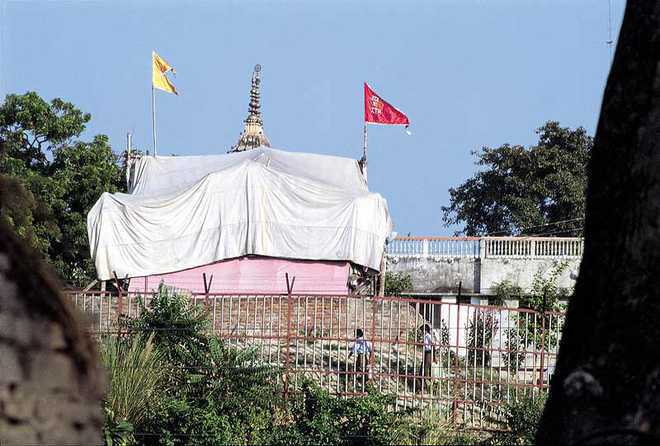 Ahead of the pronouncement of verdict in the Babri mosque demolition case by a special court here, a multi-layered security apparatus was put in place in the vicinity of the Old High Court building.

Wooden barricades were erected near most of the cross sections in the vicinity of the court building, and movement of buses from the Kaisarbagh bus stand diverted.

Vehicular movement on the roads adjoining to the court building was also minimised.

As the accused persons started arriving, cops allowed them entry after verifying their details. Supporters were stopped at the barricades itself.

Mediapersons were not allowed to enter the court building. Most of the shops in the vicinity of the courts remained closed in view of the pronouncement of the verdict.

Policemen were also seen using the public address system to urge the mediapersons to stay behind the barricades.

Some of the accused in the case such as Sadhvi Rithambhara, Lallu Singh, Pawan Pandey waved at mediapersons as they arrived at the gate of the court building. PTI