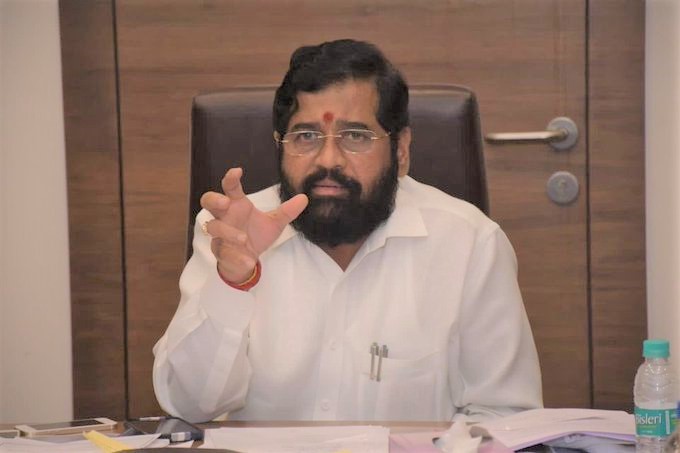 Amid incidents of violence reported at properties of members of the rebel group, dissident Shiv Sena leader Eknath Shinde on Saturday alleged that the Maharashtra Government had withdrawn the security cover provided at the residences of rebel legislators, including himself, and dubbed the action “political vendetta”.

Shinde, who is currently camping in Guwahati with the rebel legislators, also tweeted a letter signed by the 16 MLAs addressed to Chief Minister Uddhav Thackeray and Home Minister Dilip Walse Patil, along with one signed by  38 Sena MLAs giving support to him.

Thackeray and the leaders of the ruling Maha Vikas Aghadi (MVA) alliance will be responsible if any harm is caused to their family members, Shinde said, alleging that the security cover of the 16 rebel Sena legislators was withdrawn on the orders of Thackeray and Walse Patil.

Home Minister Walse Patil, meanwhile, denied claims made by Shinde. Terming the allegations “mischievous and false”, he said that “security of no MLA has been withdrawn. Keeping in view the prevailing situation, the Home Department has decided to provide security at the residence of MLAs to keep their families safe”.

Shiv Sena workers today ransacked the office of legislator Tanaji Sawant, who is currently in Guwahati. Amid growing tensions, senior leader Sanjay Raut said that this was just “warming up” and that the Shiv Sena means Thackeray.

“There is no question of Uddhav Thackeray resigning,” he said, calling the anger of his supporters “natural”.

Meanwhile, the Deputy Speaker is expected to give direction on the Sena’s petition to disqualify 16 members as battles transcends to technical and legal levels.

A Sena national executive meeting convened by Thackeray is expected to spell out action against the rebels. Uddhav’s son Aaditya Thackeray has also become active, holding a public meeting, to keep the Sena intact.

The meeting will discuss the party’s future and plans for expansion, Raut said. “Party is very big and cannot be hijacked with such ease. It has been made with our blood. Several sacrificed have been made to make it and no one can break it with money,” he said.

Sources say that the Shiv Sena and NCP strategy is to push for fresh Assembly elections with Gujarat so that the BMC elections are also postponed. The future course of action will be decided after the elections, they say.

The NCP, meanwhile, sought to know who was paying the bills of hotels in Guwahati and Surat.

The Sharad Pawar-led party, which shares power with the Sena and Congress in the state, also asked the Income Tax Department and the Enforcement Directorate (ED) to find out the source of “black money” involved.

Addressing Shiv Sena district presidents in order to consolidate his hold over the party cadre, Thackeray yesterday said, “I was under pressure from some MLAs to join hands with the BJP. I can never sit again with those who attacked Matoshree and my family. I may be calm, but I am not weak”.