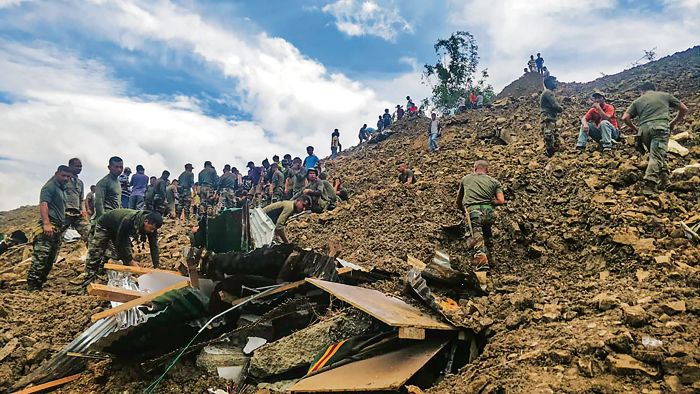 Eight persons, including seven Army soldiers and one civilian, were killed after an Army post in Noney district, Manipur, was hit by a landslide late last night.

Fifty persons, including 23 soldiers, some railway officials and civilian labourers, are missing. Rescue operations are on to trace those trapped under the debris.

So far, 13 soldiers and five civilian labourers have been rescued from the rubble, some of them are injured. The remote post, manned by the 107 Territorial Army comprising troops of the 11 Gorkha Rifles, provides security to the under-construction mega rail line from Jiribam to Imphal.

The search operations will continue through the night. Bulldozers and other engineering equipment have been pressed into service, the Army said. Army helicopters are also on standby, waiting for the weather to clear.