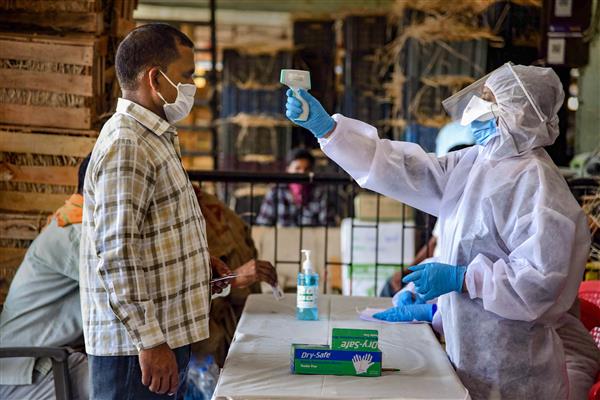 A medic screens a labourer at APMC fruit market during the ongoing COVID-19 lockdown, in Navi Mumbai on Sunday. PTI photo

Environmentalists in the country have voiced concerns over reports about Covid-19 spreading through less-explored route of domestic sewage discharge and into inland water bodies.

Various environmental networks which are currently debating the issue are referring to recent CPCB guidelines advising sanitation workers to use Personal Protective Equipment (PPE) to back their claim.

Though the risk of transmission of virus through sewerage systems is believed to be low, environmentalists claim SARS-CoV2 is detectable in sewage in affected areas even before the detection of any clinically confirmed case.

“Thus, it is clear that monitoring sewage discharge points can work as an early warning system and help faster and more information based containment, rather than random wide-spread lockdowns,” says environmentalist Soumya Dutta.

“We really don't know the extent of threat, but must start monitoring,” Dutta says, adding that environmental networks are collating information and will  soon write to the Centre and the States to flag the “serious concern”.

“If found happening, it will present a new threat for the community transmission of the virus at a large scale,” warns Dutta, drawing attention to some international reports claiming presence of the virus in sewage discharges in Paris and Amersfoort  and also some “RNA of the virus being found in Chennai sewage”.

“Several advanced countries have reported the detection of SARS-CoV2 virus in the sewage of their major cities, which have advanced sewage treatment systems. They include Paris and Amersfoort. If we test, we will find it in sewage of most cities and towns sewage affected by Covid-19.

“European and Canadian cities that tested and found the virus in their untreated sewage have a robust sewage treatment infrastructure. Roughly 50% of municipal liquid waste or sewage is discharged untreated to mostly inland water bodies and coastal waters. These will be seeing contact with millions of people once lockdown is lifted,” he says.

"Given that Indian urban sewage handling systems are not as robust the threat of partially treated or untreated sewage from affected areas carrying viruses into water bodies remains. Indians in rural India use these waters directly or after simple mechanical filtration.

"Even many town's and municipalities draw these waters for their simple mechanical municipal water purification setups, without any means of killing possible virus loads. These can possibly lead to future outbreaks once the lockdown is lifted and people go out and come in contact with contaminated water” are the worries the networks are planning to flag to the government.

Islamabad ‘coerced’ ex-officer on death row into not filing ...

Generals to meet again to chart out troop reduction

Both sides to physically verify commitment to 3-km buffer zo...

Hospital staff, local residents protest against each other in Amritsar 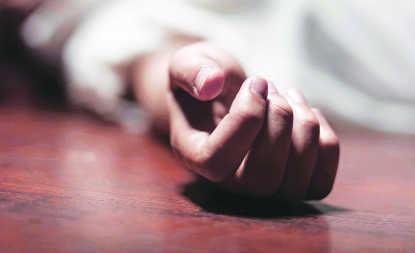 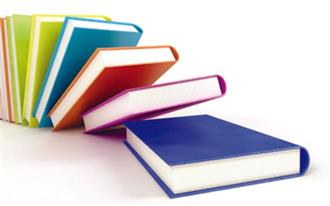 Show me the money: Pandemic spikes up the trend of cashless transactions