Amit Shah may hit campaign trail in UP next week

Shah is expected to begin his tour after Saturday and hold meetings, including with organisational leaders, and cover the entire stretch of UP 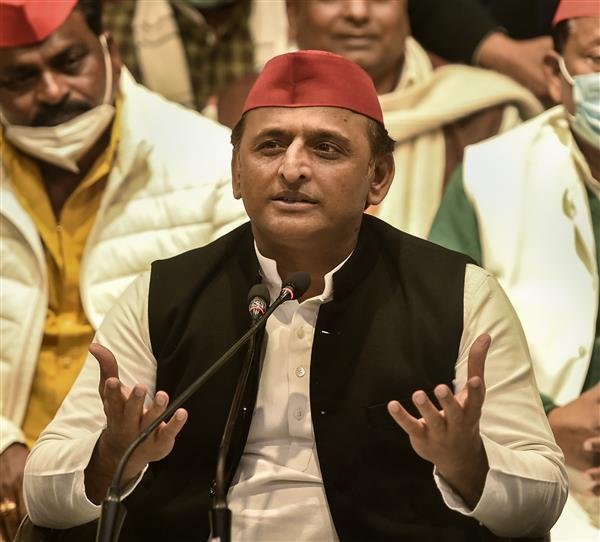 Union Home Minister Amit Shah is expected to begin his tour to poll-bound Uttar Pradesh from next week around January 22, a top BJP leader today said, exuding confidence of a “clear result” and “at least 300 of the 403 Assembly constituencies” for the party in the upcoming seven-phase elections in the state.

Lucknow: SP chief Akhilesh Yadav on Sunday accused the BJP of importing workers from Gujarat to train its cadres in poll-bound Uttar Pradesh in spreading “hatred and rumours”. He asked the Election Commission to take cognisance of the issue and send them back, failing which, he said elections might not remain impartial. PTI

“People have made up their mind (on who to elect). In the first two phases, the BJP will win around 83 seats like the last time. The people of Uttar Pradesh have given a clear majority in the past elections. This time also they will give a clear majority,” the senior leader said.

Shah is expected to begin his tour after Saturday and hold meetings, including with organisational leaders, and cover the entire stretch of UP, the senior leader said, adding that the first two phases are crucial as the momentum generated there will carry forward in the remaining five phases.

Dismissing any adverse effect on BJP’s fortunes due to the exit of OBC leader Swami Prasad Maurya and others, he said Chief Minister Yogi Adityanath gave “OBCs, in fact all castes, due representation in his Cabinet and also made Keshav Prasad Maurya his deputy”. “Representation backward castes like Maurya, Saini or Nunia have received in the organisation and the government is there for all to see,” he added.