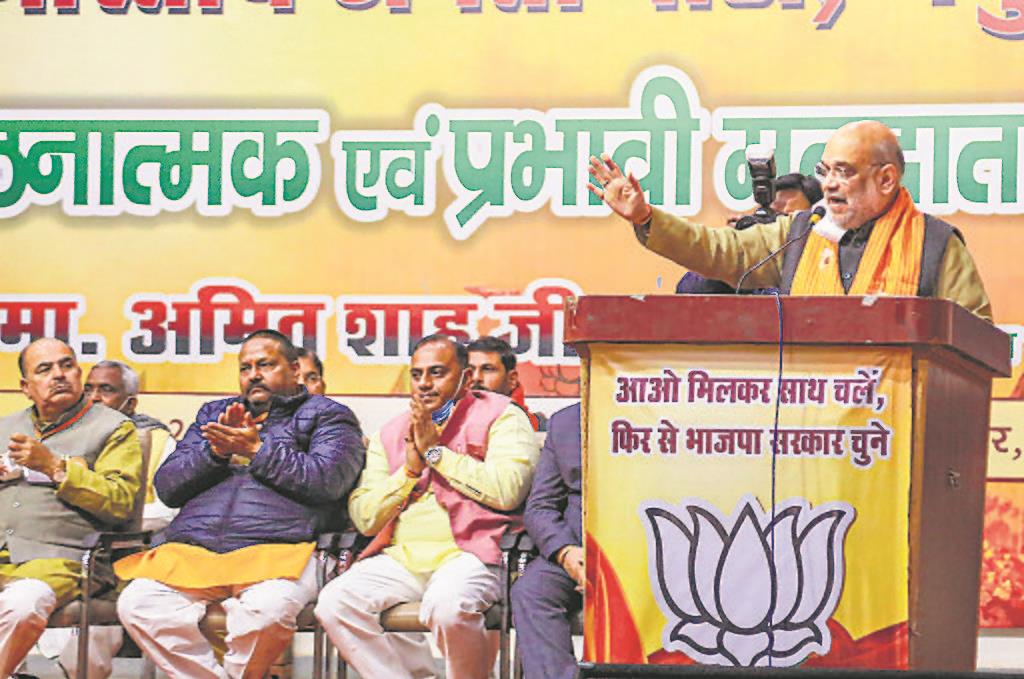 With just about a fortnight to go for the Uttar Pradesh polls, the war for politically significant voting bloc — Jats and Gujjars— is intensifying in western UP. Members of the two communities participated in the yearlong agitation against the now-repealed farm laws.

New Delhi: In a massive pre-election jolt to the Congress in Goa, former six-time Chief Minister Pratapsinh Rane on Thursday decided to withdraw from the race for the Poriem constituency he has represented since 1972. The decision came after the ruling BJP nominated Rane’s daughter-in-law Deviya Vishwajeet Rane from the seat. TNS

Panaji: Former Goa Chief Minister Manohar Parrikar’s son Utpal (in picture below) has filed his nomination as an independent candidate. Utpal had resigned from the BJP after he was denied ticket by the ruling party, which opted for sitting BJP MLA Atanasio Monserrate instead. IANS

Home Minister Amit Shah, who was in the region today for yet another outreach, had yesterday held a meeting with leaders of the Jat community at the residence of Delhi MP Pravesh Verma. Interestingly, apart from slamming main rival Samajwadi Party chief Akhilesh Yadav for corruption and law and order, Shah also termed him an “outsider” while going all out to woo his ally, RLD chief Jayant Chaudhary.

Breathing fire against the SP and the Mayawati-led BSP, his “soft” approach towards Jayant was unmissable, even today in Mathura, leading to widespread speculations.

While addressing Jat leaders assembled at Verma's residence yesterday, Shah said, “Why do you bring outsiders in a fight within the house?" He also said “Jayant has chosen the wrong house this time”, while pointing that “ideology of both the BJP and the Jats is the same as both keep national interest first and have been fight against invaders”. Though Chaudhary has rejected the offer terming it an “election tactic”, rivals are sensing red, calling it an “underhand attempt to confuse the voters”.