'Shameful' to extract price of 'Tiranga' by snatching the poor's food: Varun Gandhi : The Tribune India

'Shameful' to extract price of 'Tiranga' by snatching the poor's food: Varun Gandhi 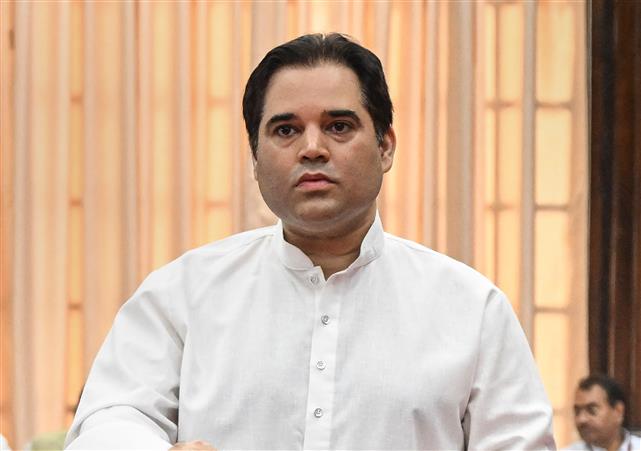 BJP MP Varun Gandhi on Wednesday alleged that ration card holders are being forced to buy the national flag, and said it would be unfortunate if the celebrations of the 75th anniversary of Independence became a burden on the poor.

It is “shameful” to extract the price of ‘Tiranga’, which lives in the heart of every Indian, by snatching the poor’s morsel of food, he said in a tweet.

The Pilibhit MP posted a video purportedly showing some ration card holders complaining about being forced to pay Rs 20 to buy the flag.

“It will be unfortunate if the celebration of the 75th anniversary of Independence becomes a burden on the poor. Ration card holders are being forced to buy Tiranga or denied a share of grains they are entitled to,” he said.

The Centre has urged people to hoist or display the national flag at their home during August 13-15 as part of the ‘Har Ghar Tiranga’ programme.

The BJP has been running a campaign to make Prime Minister Narendra Modi’s call a big success.

Varun Gandhi had been critical of the government over a host of issues.