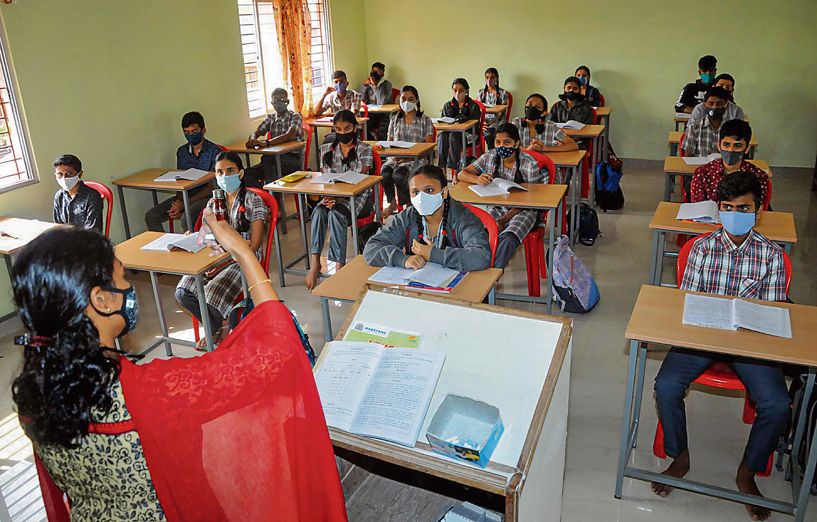 The country has witnessed a rise in children's enrolment in government schools. However, there has been a decline in basic reading and arithmetic skills of young children, said the latest edition of the Annual Status of Education Report (ASER) released on Wednesday.

The country has witnessed a rise in children’s enrolment in government schools. However, there has been a decline in basic reading and arithmetic skills of young children, said the latest edition of the Annual Status of Education Report (ASER) released on Wednesday.

The 17th edition of the ASER, prepared by Pratham Education Foundation, was released after four years. It was apparently delayed due to the pandemic.

The survey noticed a decline in basic reading and arithmetic levels. As to Class V students, the reading ability declined from 50.4 per cent in 2018 to 42.8 per cent in 2022, reveals the report.

Most affected states — where a steep drop of more than 10 percentage, in arithmetic skill, has been recorded — are Mizoram, Himachal Pradesh and Punjab.

“Nationally, children’s basic reading ability has dropped to pre-2012 levels, reversing the slow improvement achieved in the intervening years. Drops are visible in both government and private schools in most states, and for both boys and girls,” reads the report.

“This report gives us the direction and also the sense that to enhance the education standards, the eco-system involving government, corporates, civil society and NGOs need to work together. A concerted effort by all in the education space is needed to propel India’s economic and social development,” said the foundation.

Though in the past decade, rural India has seen a small and steady increase in the proportion of children in Classes I-VIII take paid private tuition classes, between 2018 and 2022, this proportion increased further among the students (both of government and private schools). Nationally, the proportion of children in Class I-VIII taking paid private tuition classes increased from 26.4 per cent in 2018 to 30.5 per cent in 2022.