Tyagi, who is accused of assaulting a woman on August 5, had been evading arrest for the past four days 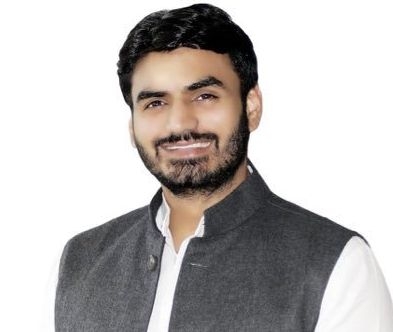 "We have arrested him along with three other people," the official confirmed to IANS.

Tyagi, who is accused of assaulting a woman here on August 5, had been evading arrest for the past four days.

The politician, who according to residents of Grand Omaxe society, relates himself to the BJP, was found involved in a verbal spat with a woman over the plantation of palm trees.

The matter came to light on Friday when several video clippings of the incident went viral on social media in which Tyagi could be heard hurling abuses at the woman. Social media users also shared the response of the victim woman in which she narrated the incident.

"I live in Grand Omaxe. One Shrikant Tyagi residing on the ground floor was encroaching the society by planting small and large plants in the common area. When I asked him to remove them, he refused, and when I tried to remove them, he hurled abuses at me and my husband and kids, the woman said.

In the same video, the residents of the society could be seen accusing Tyagi of encroaching the area by planting small and large plants.

The Noida administration on Monday razed to the ground the illegally constructed permanent structure by Tyagi. IANS