Delhi Police put up barricades near the protest site 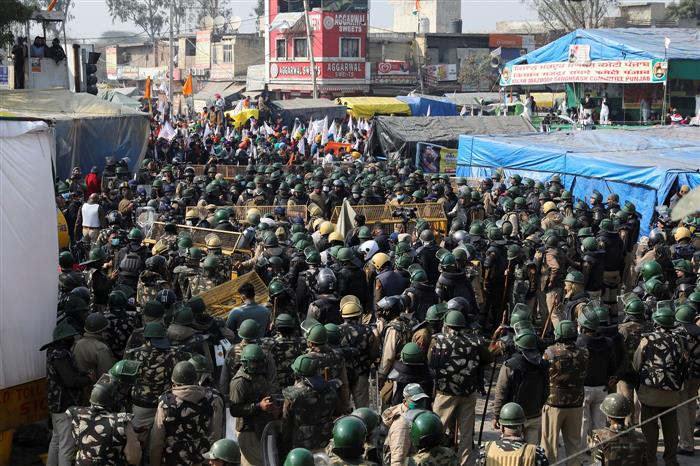 Amid the continuing deadlock between the Centre and farmer unions and a countrywide 'chakka jam' (road block) called by agitating farmers, the situation at Singhu border protest site in Delhi was peaceful even as Internet connectivity was suspended as a precautionary measure on Saturday.

A senior Delhi Police official told IANS, "The situation is peaceful here. However, security has been tightened. No one is allowed to go towards the protest site."

Mobile Internet connectivity has been snapped in the border areas. Media personnel are also not allowed to enter the protest site. IANS