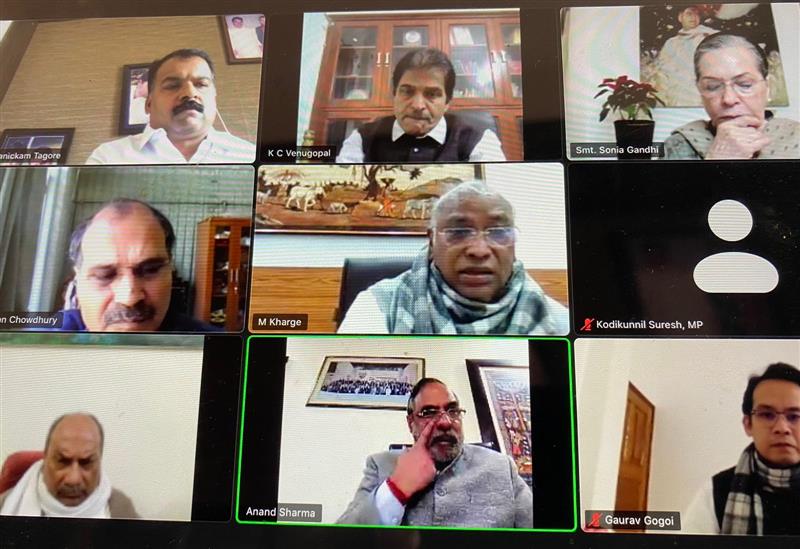 Congress president Sonia Gandhi on Friday chaired the meeting of the Congress Parliamentary Strategy Group which decided to work with like-minded parties on challenges confronting the nation.

The party decided to work with like-minded parties and to raise issues of farmer distress, Chinese incursions, demand for relief package to Covid victims, sale of Air India, and other key issues affecting the people at large, said sources.

Ludhiana MP Ravneet Bittu, also part of the group, did not attend. Sources said he informed the party of his campaign engagement in poll-bound Punjab.

The budget session of Parliament commences on January 31. The government has called an all-party meeting to discuss session agenda on the same day.

The Union Budget will be presented on February 1.

The first part of the session will be from January 31 to February 11 and Lok Sabha and Rajya Sabha will sit in shifts due to Covid protocols.

No lessons learnt, only 70 PGs have fire NOC