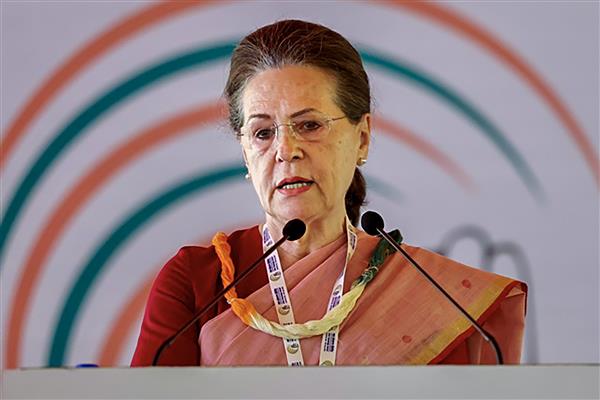 Former Congress president Sonia Gandhi is likely to join the Bharat Jodo Yatra in Rajasthan on Monday when women will walk as part of the ‘Mahila Shakti Padyatra’ of the party, senior leader Jairam Ramesh said on Friday.

Sonia Gandhi is in Rajasthan on her 76th birthday and is spending time with her children Rahul Gandhi and Priyanka Gandhi Vadra.

Addressing a press conference at the AICC headquarters here, Ramesh also released two short videos highlighting the issues of economic hardships and on the message of unity - two underlying themes of the yatra.

“Bharat Jodo Yatra has three themes—economic disparities, social polarisation and political dictatorship. These have been highlighted in the yatra,” he said.

Asked if Sonia Gandhi will join the yatra, the Congress general secretary in-charge communications said she is on a private visit to Rajasthan.

“She is celebrating her 76th birthday today. We all, the nation and the party, join in wishing her a long, healthy life...It is possible that she would join (the yatra) on the 12th (December).

“Public personalities are entitled to private moments and I would urge you to respect their privacy,” Ramesh said.

On December 12, in Sawai Madhopur area, there will be ‘Mahila Shakti Padyatra’ when only women will walk in the yatra, Ramesh said.

Sonia Gandhi has joined Bharat Jodo Yatra only once till now. She walked alongside Rahul Gandhi in Mandya, Karnataka in October.

Ramesh said Rahul Gandhi will hold a press conference near Alwar on December 18 and the party is also organising a big public meeting the next day.

He said the yatra will enter Delhi on December 24 after which there will be a break when the containers in which the ‘yatris’ have been staying will be serviced and equipped for winters. He said the Yatra will resume from Delhi on January 2 or 3 and then move on to Uttar Pradesh, Haryana, Punjab and then Jammu and Kashmir.

The Winter session of Parliament began on December 7 and will continue till December 29.