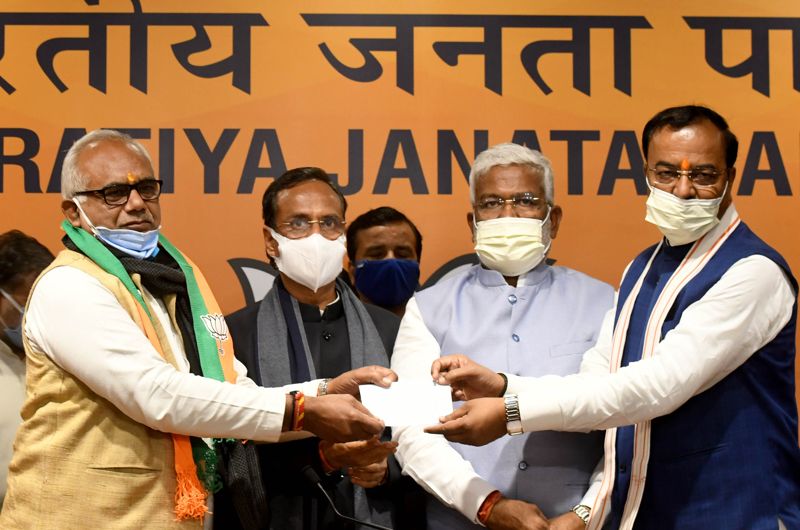 Saini and Yadav are both from backward castes. The BJP’s decision to induct them appears to be aimed at refuting suggestions that it is facing challenge in maintaining popularity among OBCs.

Meanwhile, the BJP Central Election Committee is likely to meet tomorrow to discuss and finalise candidates for the Assembly elections in UP. Discussions may also be held on states that poll in the second phase. Home Minister Amit Shah today chaired a meeting of the UP state core group in which CM Yogi Adityanath was also present. — TNS

Contrary to the speculation that he may be fielded from Mathura, sources in the BJP are indicating that Chief Minister Yogi Adityanath is likely to contest the upcoming Assembly elections either from Ayodhya or Gorakhpur.