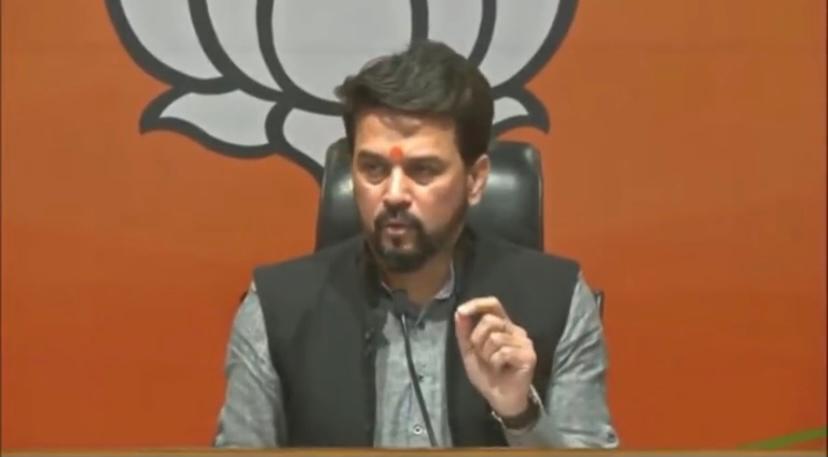 The BJP on Saturday dubbed Samajwadi Party as “friends of minority appeasement” and “anti-social”, and alleged that it has links with terrorists involved in the 2008 Ahmedabad blasts.

A special court on Friday sentenced 38 members of terror group Indian Mujahideen (IM) to death in the Ahmedabad serial blasts, which killed 56 people and injured over 200. It also gave life term to another 11 convicts in the case.

Addressing a press conference at the BJP headquarters, Union minister Anurag Thakur showed a photograph in which the father of one of the convicts in the Ahmedabad blasts was seen with SP chief Akhilesh Yadav to allege that the Samajwadi Party has “connections” with the Ahmedabad blasts perpetrators.

Seeking a response from Yadav, he said, “The BJP always had zero tolerance for terrorism, whereas the SP stands with those involved in terror activities. Ahmedabad serial blasts had direct links to SP leaders in Uttar Pradesh.” The claims by Thakur came a day ahead of the third phase of polling in Uttar Pradesh, where the BJP and the SP are locked in a direct contest.

Taking on Yadav, Thakur said, “Ram on lips and siding with terrorists. It is not Samajwadi Party but Samajvirodhi Party (anti-social party). It is for minority appeasement.”