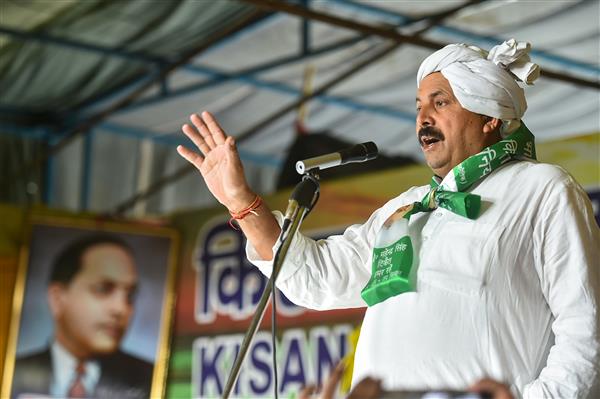 Bhartiya Kisan Union president Naresh Tikait on Saturday alleged that the split in the outfit was engineered by the BJP government and claimed that the parting of some leaders won’t impact them.

Fissures within the Bhartiya Kisan Union (BKU) had come out in the open on the death anniversary of its founder president Mahendra Singh Tikait on May 15, with a senior national office-bearer announcing the formation of a separate outfit.

BKU vice-president Rajesh Chauhan said he took the decision after being “insulted” and alleged that the outfit sided with political parties in the elections, an apparent reference to UP Assembly polls.

Reacting to it, Tikait told reporters on Saturday that the new organisation was formed at the behest of the BJP government.

“The organisation is an outfit of the government. The agitations undertaken by the BKU are run by people. Hence, anybody leaving the BKU will have no impact on it,” he claimed.